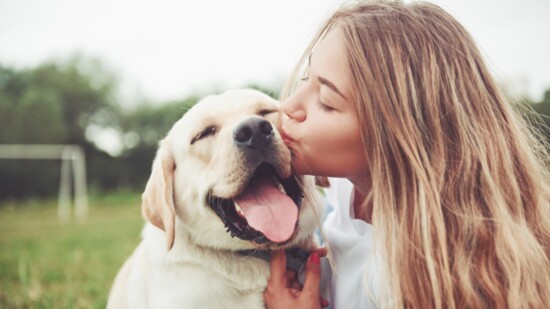 For the Love of Dogs

They're More Emotional Than Scientists Once Thought

In living with and interacting with our dogs, we get to know them well. Despite their inability to talk, we often understand their emotions based on their body language. Scientists now know what dog owners have suspected along. Dogs experience a wider range of emotions than scientists once thought.

The dog brain is substantially smaller than the human brain when accounting for body size, so it isn't as complex as our brain. Yet, MRI studies reveal dogs' brains aren't much different from humans. MRIs have revealed the same sections of both the human and dog brain light up based to various types of stimuli, according to board-certified neurologist, Dr. J.P. McCue, at New York City's Animal Medical Center, reported in “Dog Brain Facts: Understanding Canine Cognition.”It's also been found that dogs produce oxytocin, the neurotransmitter and hormone that creates the emotion of love in humans. In fact, research has found that when our dogs stare into our eyes, it activates oxytocin, creating a bond similar to that between a mother and infant.

David Grimm, in his article, “How dogs stole our hearts,” at sciencemag.org, reports on the research of this phenomenon. In an experiment by Takefumi Kikusui, an animal behaviorist, and his colleagues, dogs and their owners gazed into each other's eyes. Their gazed ranged from a few seconds to a couple of minutes. The researchers found in those dogs and owners who gazed longer, the oxytocin levels rose 130% and 300% respectively. This adds to the growing body of research that supports dogs can feel love and attachment.

To gain perspective on what that means in regards to dogs' range of emotions, Stanley Coren, in “What Emotions Do Dogs Actually Experience?” charts the emotions of a two-and-a-half-year-old child. These include joy, love and affection, contentment, excitement, shyness and suspicion, fear, disgust, distress, and anger. At that age, however, children don't experience feelings that require self-consciousness, such as pride, shame, guilt, and contempt.

How to read your dog's feelings

Here are some of the ways dogs express different emotions.

Joy. Dogs often express this when a family member comes home or a familiar guest comes to visit. Dogs often run and jump, wag their tails, and lavish kisses. They also express joy when playing by barking or giving a playful bow.

Love and affection. When dogs are feeling affectionate, they might nudge you with their nose, make affectionate eye contact (as opposed to the threatening eye contact of an unknown dog), or make soft groans and sighs while lying next to you. Some dogs will lean their bodies up against you while sitting or standing. They also express their love through kissing, jumping, and rolling onto their backs with a wagging tail.

Shyness, suspicion, fear. These emotions are often quite evident. Dogs might flatten their ears, avoid eye contact, tuck their tail under, cower, pant, or shake. They can also have dilated glassy eyes. Pacing, hiding, whining, barking, sneering, nipping, or submissive urination can also be signs of fear or shyness.

Distress. When dogs are depressed, they can experience changes in appetite, behavior, sleep patterns, and reduced activity levels. Emotionally distressed dogs also show this in their posture with downcast eyes and a low bent neck. They might also lick or shed excessively.

Anger. If your dog has ever ignored you or given you the cold shoulder, there's a good chance it's mad at you. But if you're doing something that makes your dog particularly angry, your dog might take a rigid posture, bark loudly in your direction, or make sharp or short barks. This is a warning to stop whatever you're doing that's making your dog angry. If your dog begins growling, howling repeatedly with a rising pitch, or showing teeth, it's prepared to attack.

People often think raised hackles indicate a dog is angry or showing aggression. Sometimes that's the case. But raised hackles are an involuntary reaction and most often caused by a host of other emotions. These include excitement, arousal, fear, shyness, defensiveness, or being startled. That said, dogs can bite out of fear, not just anger. The best way to know the meaning behind the raised hackles is to look at other body language that indicates what the dog is feeling.

PULL QUOTE: The researchers found in those dogs and owners who gazed longer, the oxytocin levels rose 130% and 300% respectively.

PULL QUOTE: When dogs are feeling affectionate, they might nudge you with their nose, make affectionate eye contact (as opposed to the threatening eye contact of an unknown dog), or make soft groans and sighs while lying next to you. 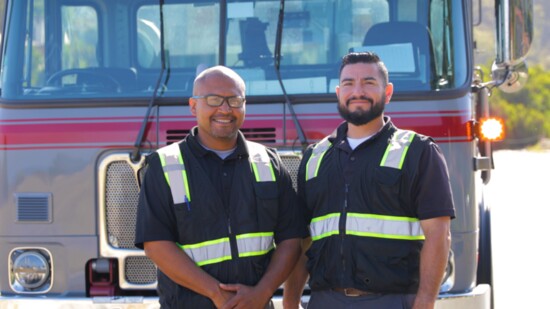 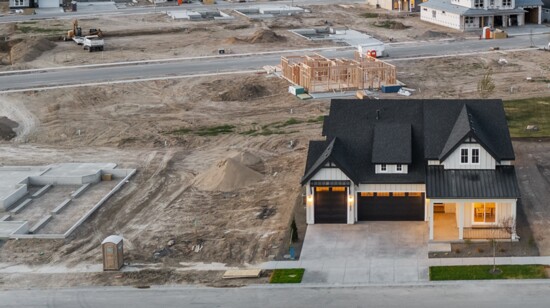