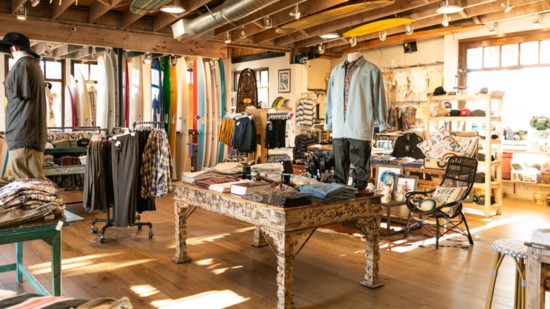 The Evolution of Hobie Surfboards

Photography by Provided by Hobie Surfboards

During the summer of 1950, Laguna Beach local, Hobie Alter, set a course that would influence the future of the surfing and the action sports lifestyle. Combining his love of woodworking with a spiritual connection to the sea, Hobie began shaping surfboards from balsa wood in his father’s garage. Needless to say, the family car quickly lost its home—and what started as craft he shared with friends eventually shaped an entire culture.

Hobie’s genius was in his persistence. He had an insatiable desire to invent, experiment and follow through. But for Hobie, it was a labor of love.

“I started out making maybe 20 boards a summer for friends, and it sure beat being a lifeguard,” he recalled for the Santa Ana Register in September 1981.

By 1954, and 40 tons of sawdust later, Hobie’s father bought him a vacant lot for $1,500. There, he built his own surf shop. Located on Pacific Coast Highway in Dana Point, Hobie’s was the very first surf shop in Southern California. Now a restaurant called “Taco Surf,” the original structure still stands, just two blocks south from the current Hobie Surf Shop that is located on the corner of PCH and Golden Lantern.

“My Laguna run totaled 99 boards. Number 100 came with the purchase of the Dana Point shop,” said Hobie in a later interview for Longboarder Magazine.

At the time, with a few exceptions, surfboards were primarily made of balsa wood. It was an expensive and wasteful process, however, with two-thirds of each wood board lying in shavings and sawdust on the shaping room floor. So, in 1958, Hobie and Gordon “Grubby” Clark, a laminator in his shop, began experimenting with new materials.

Impressed with polyurethane’s weight to strength ratio, its unwillingness to soak up water and its ability to be glassed with polyester resin, they went to work and literally invented the polyurethane foam surfboard. Fearing the competition would capture their formula, the duo rented a beaten down, weathered shack in an obscure coastal arroyo (currently the Festival of the Arts parking lot). They blackened out the windows and set out to perfect their new technology.

The revolution that Hobie Surfboards created forever changed the manufacturing of surfboards and gave birth to the ocean sports lifestyle as we know it today. The new boards were lighter, faster and easier to ride than anything else in the water. Suddenly, everyone wanted to be a surfer, and every surfer wanted a Hobie Surfboard.

Hobie quickly realized the potential of retail expansion and teamed up with Dick Metz, a well-traveled surfer and, ultimately, founder of Surfing Heritage and Culture Center. Dick was a true pioneer of surfing. His world travels influenced surfers everywhere and helped to plot the travel route for The Endless Summer film—years before it hit theaters. As the driving force behind Hobie’s retail growth and expansion around the globe, Dick Metz and Hobie flew to Hawaii in 1963 with the intent of finding a retail space.

They landed at 1475 Kapiolani Blvd., a modest retail space located close to the popular surf spot at Ala Moana. Hobie said to Dick, “I’m am going to open this store, and I want you to run it.” Hobie built the counter, set up some racks and made the sign. Dick painted the walls.

Hobie then opened up a bank account with $50, ordered some checks, and gave Dick some money to buy a car. That was it. Hobie suggested to Dick, “You’ll figure it out.” Then, he left for the airport.

And figure it out Dick did. A few days later, the first batch of 17 surfboards arrived by air freight, and Dick sold them right off the truck before they even got into the showroom. The new surf shop was an instant success and a novelty in Hawaii. The timing was perfect, and Orange County became the undisputed hub of the newly emergent “surf lifestyle” industry.

Dick Metz became a hugely successful retailer during the next two decades, working closely with Hobie to building a network of stores. “We never had anything written down,” recalls Dick. Hobie had a knack for picking great locations, and Dick was a master of retail operations. The rest is history.

In the late ’60s, Hobie started experimenting with boats. He quickly developed a prototype for a lightweight, fast and easy-to-sail playboat based on the Polynesian twin-hulled catamaran. This new watercraft could be launched from the beach, sail through the surf, and be easily piloted by one person. What Hobie’s foam surfboard did for surfing, the Hobie Cat did for sailing. Hobie Cats are still the world’s best-selling catamarans, and it’s hard to find a body of water, on any continent, that doesn’t have an active Hobie racing fleet.

Today, Hobie Surfboards and Hobie Surf Shops continue with Hobie’s genius of invention, experimentation, follow-through and inspired performance. Whether your interests are in apparel, hand-crafted surfboards or stand up paddleboards, Hobie brings you the finest products and technology while providing you with a place to talk shop and make connections. With stores located in Dana Point, Laguna Beach, San Clemente and Corona Del Mar, Hobie’s is a place for anyone who enjoys the ocean sports lifestyle—and it all started with Hobie Alter almost 70 years ago. HobieSurfShops.com