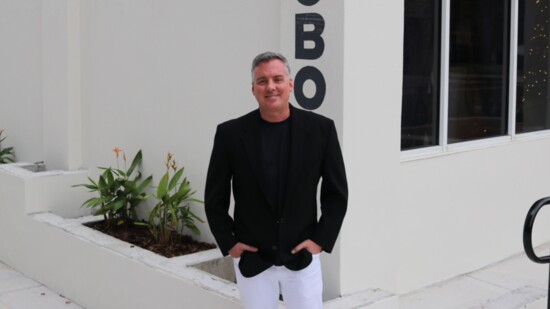 WINTER GARDEN TO BE AN ARTS TOWN?

Phil Self says that he wants to make Winter Garden an arts town, but Phil is not alone. Along with the Winter Garden Art Association, of which he is the executive director, Phil, the City of Winter Garden, and scores of artists throughout West Orange have made much progress toward that goal.

According to Phil, the Winter Garden Art Association began 8 years ago and was founded by Mary Keating and Elizabeth McKinney, both longtime and active locals in the community. A couple years after they began the association, the SOBO Art Gallery opened which gave the WGAA a physical home in Historic Downtown Winter Garden. The building, which was constructed in 1938 as Winter Garden’s first fire station is located at 127 S. Boyd Street.

Since opening, the association that Phil has led for the past 2 years has been very active. Many locals have noticed their work, including the mural projects popping up in downtown Winter Garden. Bringing beautiful art to the town is part of what Phil states is the first of three functions the WGAA has.

"I want the arts and creativity to be seen on the same level as eating healthy and exercising. It reaches across all levels of culture, religion, and other perspectives. People connect on the front of creativity," Phil said. He also explained that the mural projects are just a starting point, "We are looking at doing outdoor sculpture exhibitions, where at ten to twelve spots around the city, we would feature art that would stay up for a year or two."

To further this prong of their function, every year at SOBO the WGAA holds a grand gala, "Once a year, usually around February or March we have a gala here in town, which is a very big dress-up event with over 300 people. We do full decorations, entertainment, a great selection of food, auctions, and of course, great art. It is really a signature dress-up event for the city. The mayor, commissioners, several business leaders, and others from here in the community attend." Phil explained.

However, this year due to COVID-19 concerns, the gala was canceled. Showing the great Winter Garden pride and support the community is known for, Phil reported that 90% of the scheduled participants still donated to the full measure.

The second function according to Phil is to create and foster a community of artists. They have done a great job of accomplishing this, having so many wonderful submissions of art, resulting in them only being able to accept about 25% on average.

Local artists have already been able to benefit greatly from the WGAA through the various means stated but also by the WGAA’s connections with small businesses looking for mural work, "Some businesses ended up contacting us about murals. They are starting to see the WG Art Association as a connecter to artists in Winter Garden. So, we have had some local artists end up getting great jobs from this. It's a win-win for everyone." Phil went on to explain that the WGAA wants the gallery to have the finest art around but that they also want to look at entry-level art. This is where the final function of the WGAA comes in, education of the arts.

The WGAA does many types of workshops and classes throughout the year. They offer programs such as summer camps for children to weekend pop-up events outdoors. Workshops and classes cover a range of skill levels from beginner to expert. Their master classes have become so successful as to even attract long distance travelers from places such as San Francisco and England.

Phil went on to detail that the WGAA has not only been successful with its partnerships, galas, workshops, and classes. It has also won the support of the city, who donates the old firehouse space to them rent-free, in addition to making annual contributions to support the arts within the city.

Phil is very hopeful for what 2021 will be bringing and plans to ensure Winter Garden becomes the art town he and his ban of talented artists have been successfully working toward, "We want to pursue purposeful partnering with the people, the businesses, and the organizations that have been here in Winter Garden and have been supporting us since the beginning. 2020 was so hard for everyone. We want the arts this year to help encourage people to come out and enjoy our beautiful town."