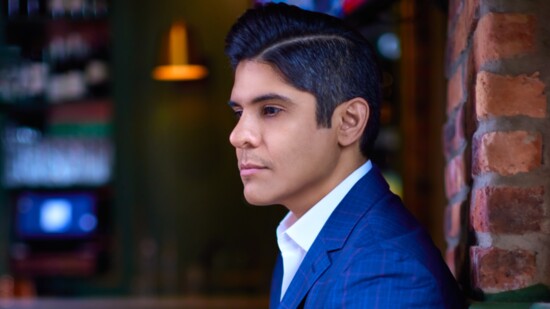 Article by Brenda A. Torres

GETTING TO KNOW JEREMY GOMEZ; THE SOUTH ORLANDO REAL ESTATE TYCOON AND G WORLD PROPERTIES' PRINCIPAL BROKER, WHO HAS ADOPTED 200% AS THE NEW STANDARD TO LIVE BY. It all started back in 2006, when New World Realty and Investments was established; a Real Estate empire, doing business as G World Properties since 2011. Here there are very specific spectations, and one of the philosophies is operating at 200%. According to Jeremy, 200% is a mindset where you aim for double of your capacity at everything - with family, with business, objectives, drive and focus. Jeremy says, "I have a motto in my office. Give me 100% of you, and I will give you 200% back. Give me anything less than that, and I'll give you zero."

Interestingly, all the principals at G World are also family, always being huge believers of changing people's lives. Realizing they do have two clients, homebuyers and their agents, they pledge that whoever comes through their doors, they make them part of their vision of offering a "vehicle for personal enrichment and financial growth". Watching them operate is almost like a ministry, where everyone is welcome and given all the provisions to change their lives; all with a very positive mindset and environment. In fact, agents join attracted to the hustle, and all the successes shared on social media, as well as the mentoring power offered by G World from day one. "It fulfils us to take that struggling agent from barely making it, to showing them the ropes, to becoming a Superstar!", Jeremy says. Another significant satisfaction is witnessing agents bettering their quality of life, spending more time with their families, as well as achieving financial wealth; allowing them to buy newer cars as well as their own homes.

The fruit did not fall far from the tree, as Jeremy's father was their biggest cheerleader. Not just to the principals, but to everyone. Fausto Gomez became the agents' family; purposely going on Facebook and befriending all G World agents, so he could celebrate and cheer them on. Often, he did not even know them, but yet he would express joy on the platform, and that meant so much to all. For Fausto, it meant the world to see successes in the making. Sadly, he left us on December 2020, and is remembered fondly by all who knew him.

With that said, G World is taking the "World" by storm. Simply, they are killing it! Amidst the pandemic, elections, and the financial uncertainties of 2020, G World represented close to 940 transactions, equating to over $231 Million in sales; and with that, continue to get their mission and their culture known to all. Truth be told, there are far more established real estate companies, and ones with higher agent count that are nowhere near this success. What's the goal for 2021, you may ask? Their goal is 2000 transactions, and so far, they are pacing straight towards that number.

Jeremy and his family are exemplary of every immigrant's journey. Hailing from Lima, Peru in 1989, his family moved to a home in Southchase in South Orlando, where he went to both local Middle and High Schools. Due to the growing 80's terrorism in Peru, Fausto wanted his family to have a better and safe life; leaving behind an accountant profession and several homes with maids, including one on the beach - all to come clean toilets as a janitor in offices in downtown Orlando. As twist of faith would have it, Jeremy's brother and business partner, Yuri, ended up becoming a Sales Superstar in one of those offices!

Life would not be complete without the love of his life, Gea, whom he met in 2000 at church, where he was part of the praise and worship band. He knew the "new girl" was the one straight away, marrying her just 2 years later. He's the proud father of Gianfranco, 12; and Aria Rose, 3 going on 15!