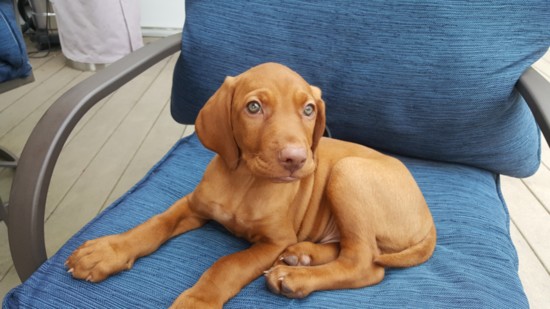 Vizsla Canine Breed Nicknamed This Because They Cling To Owners' Side

The Vizsla, or Hungarian pointer, has an ancient history. The dog of the Magyar barbarian tribes that invaded central Europe during the Dark Ages, the Vizsla fulfilled the role of companion and hunter to the Magyar warriors. Early 10th century etchings show a Magyar warrior and a dog resembling a Vizsla. The breed readily was adopted by Hungarian nobility.

The Vizsla breed nearly became extinct after World War I, but was preserved by Vizsla fanciers. In 1945 during World War II, many Hungarians fled the Russian occupation, taking their Vizslas with them. Vizslas re-appeared in the 1950s and the breed was recognized by the American Kennel Club in 1960.

The Vizsla is an active sporting breed, and is an excellent bird hunter as well as a companion.

Vizslas are active dogs, requiring a high level of physical activity, given their hunting history. They don't make good kennel dogs and prefer being with their owners. They're highly intelligent and need activities to keep them occupied to prevent destructive behavior, such as chewing and digging.

Vizslas need a large amount of interaction with people. They tolerate other dogs and cats well if properly socialized. Other pets, such as rodents, birds and reptiles, should be kept away from Vizslas. Because of their hunting heritage, they are liable to kill such animals.

Vizslas make good watchdogs and generally do not bark excessively. Well-socialized dogs are friendly to strangers, unless threatened. Vizslas may suffer separation anxiety and fear of loud noises from thunderstorms.

Vizslas are ideal for owners who want a medium-sized, active dog for hunting, hiking and other outdoor activities. Vizslas don't do well left alone for long periods.

Vizslas typically live from 10 to 15 years.

Dig into the breed of Toki, the cover dog for this August edition. When Vizslas are given proper training, early socialization and enough daily exercise, they're among the best dog breeds found. They were bred to work in fields, forests or water. Although they're lively, gentle-mannered, affectionate and sensitive, they're also fearless and possess a well-developed protective instinct. 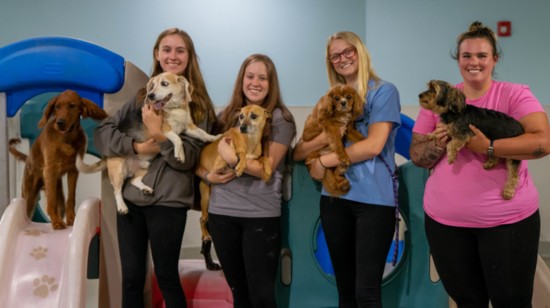 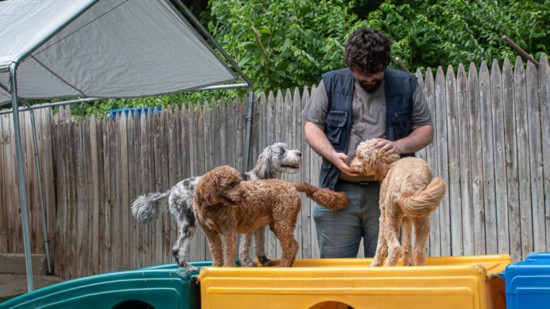