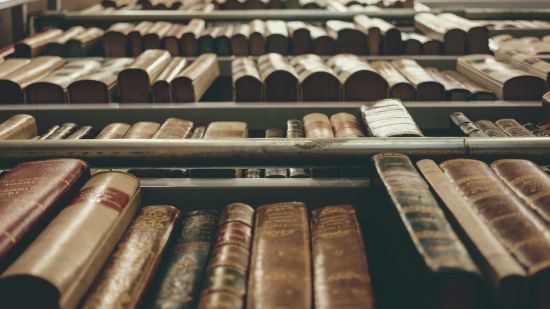 When the first Tattered Cover Bookstore opened in 1971 in Cherry Creek North (Colorado), there were no signals of what they would soon become to the Denver area. The Tattered Cover now has a distinct presence with three large locations and four small commuter stores (at Union Station and DIA). In 1974, Joyce Meskis bought the Tattered Cover and began the process of making it what it is today.

Owner Joyce Meskis, in the first 9 years owning the bookstore, expanded 7 times into adjoining retail space, and eventually opened a second location in 1983, which became the general retail operations and receiving while the old location remained for bargain books and office functions. Only three years later, the store moved into a 4-story building in Cherry Creek.

The following ten years of business for the Tattered Cover included a warehouse, a new location in the Historic LoDo building with a coffee bar, expansion of that retail space to include author appearances and events, a cafe in the Cherry Creek store on the bottom floor, and a Restaurant and Bar on the top floor. In 2004, a Highlands Ranch location opened.

It wasn't until 2006 when the Cherry Creek store was moved into the newly renovated historic Lowenstein Theater on Colfax. This location's unique atmosphere draws people to spend time there day after day. In 2010, Tattered Cover bookstores began to sell used books. They've since expanded their inventory and now have satellite stores in DIA, Union Station, and Aspen Grove Shopping Center.

On July 1, 2017, Joyce Meskis retired to a consultant role with the stores. Her influence on the Tattered Cover and its success cannot be overstated. She was always an outspoken advocate for independent book-selling in the country and for the rights of readers, literacy and free expression in America. This she worked hard for as the founder of the Colorado Freedom of Expression Foundation, and for 7 years as the director of the Publishing Institute at The University of Denver.

Nearly 50 years since its opening, the Tattered Cover now hosts events, averaging over 600 authors, illustrators, and public figures each year. Their huge selection online and also in-store is something to behold. Be sure to visit the Tattered Cover and enjoy some of their local events and the ways that they support their Denver community, and stay awhile!

I'm Jessica, a digital content writer for City Lifestyle and a personal blogger. I'm recently married, love cats and nutrition, and I like to write about Life & Culture, as well as Food & Drink.
Read More In My Profile