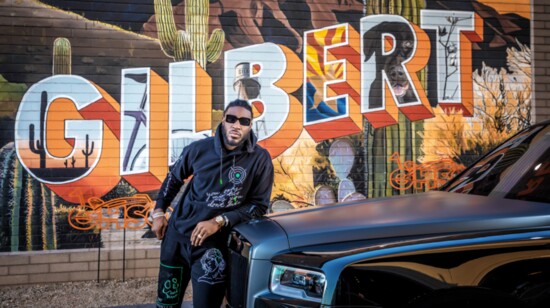 Jae Crowder has been a key ingredient in the Phoenix Suns’ recipe for success this year. The forward just finished his first season with an impressive finish that took the team all the way into the playoffs. Crowder has been a rock for the Phoenix Suns, traversing every square inch of the court from the perimeter to the paint while passing, defending and sinking three-pointers.

Wherever he is on the court, Crowder exudes a big brother-style leadership quality to the younger players and complete devotion to his team. Never taking his proverbial eye off of the prize, Crowder displays a calm and cool, yet stoic demeanor that is straightforward and naturally commanding. Did you miss it? That was Crowder passing the ball so fast that the human eye almost can't see it!

Now, Crowder is switching gears to debut a business that he has been developing since before arriving in Phoenix in 2020. Crowder’s clothing line is coined “Bossmann” after Jae’s court nickname that describes him perfectly. Recently Gilbert Lifestyle Magazine got to know Phoenix Suns player No. 99 during a photo shoot and interview that took the Bossmann into the heart of Downtown Gilbert to show some of the cool new pieces in his clothing line.

“I decided to debut the clothing line genuinely, when I felt the time was right,” says Crowder. “Now having a new home with new fans, it’s very fitting to give that to my new fanbase and also show appreciation to my fans who have been a part of my whole journey to date.”

The Georgia native has built his NBA career as a member of the Dallas Mavericks, Boston Celtics, Cleveland Cavaliers, Utah Jazz, Memphis Grizzlies and Miami Heat before joining the Phoenix Suns in November 2020. “Moving to a new team during a pandemic on a short offseason presented unique opportunities that I had to go through, and it all paid off and is going well,” he says.

His talent, drive and focus helped propel the Phoenix Suns into the post season. “I’m glad I was a part of breaking the 10-year drought and making the postseason. I’m glad I made the decision to come to Arizona.”

He continues, “Some of my favorite things about the Valley are that first and foremost, work has been going well... The season was good, the transition has been great, and the fans have embraced me and shown me a lot of love.”

Where Crowder is laser-focused and serious about the game while on the court, he also wants to share something special with his fans through his Bossmann line. “Some important things about my clothing line when developing it were for sure style and fit, and also being able to get a message through to my fans expressing my mentality and style through apparel.”

The new line of clothing includes stylish hoodies, sweat suits, socks and more, and blends perfectly with just about anyone’s lifestyle. “I like the fit and coziness of my sweat suits and they’re made from quality materials,” he says. “The look is clean and fitted, and the messages on the clothing are some of my favorites that I live by.”

Although there isn’t a specific date that the Bossmann “merch” will officially drop, it’s coming very soon. He explains, “I’m working on finalizing the timing of this with my main focus being my job and then the playoffs. So, I’m trying to find the perfect balance of it all.”

Crowder is currently working with a few stores in the Phoenix area where he would like to roll out his Bossmann line. His merchandise will also be available on his own website at bossmann.com.

Marketing and getting the word out about Bossmann merchandise will then be the next strategy. “I already have a plan in motion of having all my NBA friends wear the merch and tag all sites on their social media handles to promote and show off the brand,” explains Crowder. “I have done a handful of photoshoots for magazines while wearing my brand to help promote it and show different pieces in the line.”

Although it may be a bit toasty for hoodies at the moment, Bossmann’s cool track suits and socks are also complemented by the player and designer’s Black Bunny line of sunglasses and accessories that he heads up with the help of his talented cousins and a friend.

Gilbert Lifestyle Magazine was excited to photograph Jae Crowder in and around the Town of Gilbert as he showed off various looks from his line. “I enjoyed the afternoon we spent shooting in Gilbert,” he says. “I was able to see a few hangout spots and also take pictures with some fans while shooting, so that was great. It’s always fun to meet fans.”

Downtown Gilbert shooting locations that embraced No. 99 include Sotol Modern Cocktail Kitchen, Culinary Dropout, SoCal Fish Taco Company and O.H.S.O. Brewery + Distillery. Doing a photo shoot incognito only worked for a few minutes outside of O.H.S.O. Brewery, and then a wave of enthusiastic fans poured outside to cheer on their new Phoenix Suns player as he posed with his whip under the stylish iconic lights outside the restaurant.

Crowder is still getting to know the different areas of the Valley, and currently calls Scottsdale home. “I definitely can see myself buying a home here,” he says. “Whenever the right deal presents itself, who knows… I may take it.”

A signature trademark of Crowder is the gratitude he so graciously shares. He finishes, “I want to say thanks to my family for being on this journey with me, and to my teammates and coaching staff for making the transition as smooth as possible.” 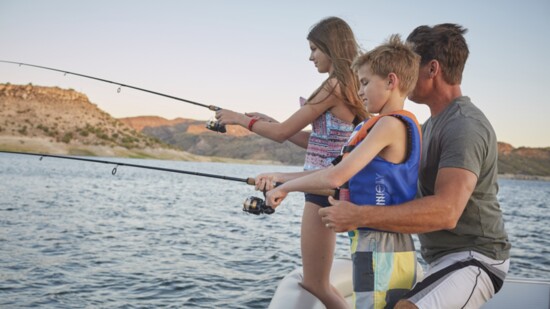