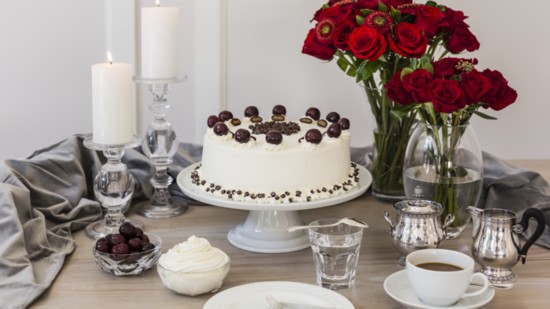 It’s been spoofed on Saturday Night Live. The New York Times has published its own “viewers guide” to help us poor Yanks understand the difference between pudding (dessert) and custard (pudding) or biscuits (cookies) and scones (biscuits). So why are Americans binge-watching The Great British Baking Show? And where in the world can we get our own Black Forest Gateau, after Mary Berry made us feel like we need one in our lives?

Maybe it’s because European desserts and celebratory cakes are steeped in tradition. And they're happy to share it with you—at least that's what happens when customers walk into Cary-based Annelore’s German Bakery.

Husband and wife owners Norbert and Annelore Gstattenbauer float between their bakery’s on-site kitchen, designed to be left open so patrons can see and smell the baking process, and the front of the store where they chat with patrons and answer questions about the bakery’s unique breads, pastries and cakes.

Curious about the Prinzregententore? Norbert will be glad to tell you more.

“It’s a classic Bavarian torte with seven layers of sponge cake, interlaid with chocolate buttercream, brushed with a thin layer of apricot preserves and then enrobed with chocolate ganache,” Norbert explains. “The torte was named for Prince Regent Luitpold, who became prince regent in Bavaria in 1886. It originally had eight layers to represent the eight regions of Bavaria, but when Pfalz was lost after WWII, the torte also lost a layer.”

Most of the offerings at Annelore’s German Bakery, from the customer-favorite Bee Sting Cake to the Almond Brandy Nut Slings, cannot be found elsewhere in the area.

“We feel strongly about doing things the traditional way. Many of the recipes we have date back generations,” Norbert says. “For instance, the recipe card we use for our Christmas Stollen is written in my grandmother’s Old German handwriting. There’s history there.”

To the Gstattenbauers, the process is as important as the product.

“The greatest compliment we receive is when a customer shares with us that our plum kuchen or apple strudel reminds them of their grandmothers, aunts and fathers,” Norbert says. “As a family business, that connection between food, family and memories is at the heart of what we do.”

The ability to meet the growing demand from their customers is what brought the Gstattenbauers to open up their freestanding 3,600-square-foot bakery on Chatham Street in Cary. The bakery, modeled after traditional Munich and Viennese coffee houses and pastry shops, features European-style arched windows, a wrought iron bakers rack, and plenty of seating.

In addition to their traditional items, such as strudels, turnovers, pretzels, breads and brötchen, Annelore’s German Bakery offers a rotating, seasonal selection of breads, pastries and celebratory cakes—like that Black Forest Gateau we mentioned earlier.

“Our Black Forest Gateau is a two-layered chocolate sponge cake, layered with a cherry compote made from real cherry brandy and then topped with whipped cream, chocolate shavings and morello cherries. The whipped cream we use is only lightly sweetened, which brings a nice balance to the cake,” Norbert explains. “Dessert shouldn’t be sticky sweet, but rather be a satisfying finish to your meal.”

It’s all a part of the Gstattenbauers' vision of creating a place for customers to come in, connect and enjoy. The bakery offers specialty drinks, including a traditional Viennese hot chocolate, in addition to their showstopping breads and pastries.

“We love being part of this community and enjoy getting to know those who walk through our doors,” Norbert says. “We truly care about connecting with our customers and giving them a taste of what makes traditional European baking so exceptional.” 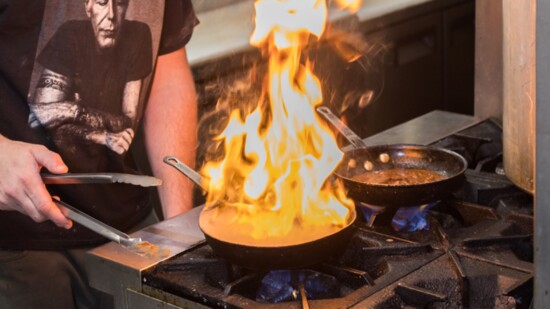 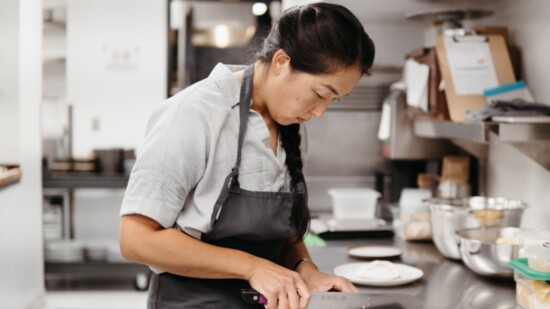