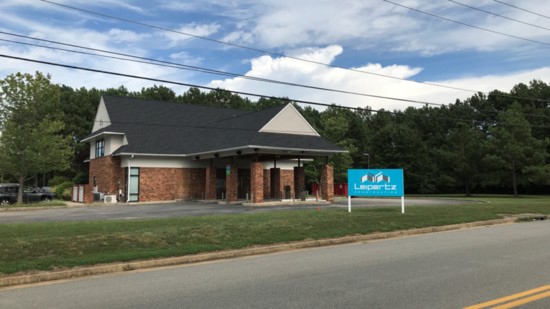 Photography by Provided by RAL

In 1979, a group of good Samaritans joined together to establish the League of Animal Rights, a non-euthanizing organization committed to improving the lives of pets in need in Central Virginia. In 1986, the organization changed names to Richmond Animal League.

For many years, the organization rented kennel space, boarded animals at veterinarian offices and cared for them in foster homes. In 1994, after years of fundraising, Richmond Animal League was able to build and open a new shelter facility located on Branchway Road near Chesterfield Towne Center. Fifteen years later, in 2009, the organization recognized the need for a low-cost spay/neuter clinic in the area and opened the Loving Spay and Neuter Clinic in a trailer on the property a year later.

This year, the lifesaving organization turns 40, the shelter facility turns 25 and the spay/neuter clinic will turn 10 in February. It is a huge milestone year for Richmond Animal League, which is celebrating accomplishments and new beginnings.

Richmond Animal League held a birthday party June 10 to celebrate the official incorporation of the organization. A hundred people came out for tours, snuggles and cake.

The day began with a celebration to honor Judith “Judy” Talley Secor, a Chesterfield resident and long-time supporter of animals in the community. To celebrate her love for dogs, Judy made a $1 million dollar gift to Richmond Animal League, the largest the organization had received to date. To celebrate the lifesaving gift, RAL’s shelter was named the Judith Talley Secor Adoption Center, and funds will go toward future capital projects for the sheltering and adoption program.

“This is a significant gift to Richmond Animal League,” says Elizabeth Thomas, the executive director. “What an amazing gift to celebrate 40 years of lifesaving and 25 years in this location. We are humbled and grateful to name the shelter after Judy and her continuous support of pets in need.”

Elizabeth shared that a look through the old board minutes showed that Judy and her late husband, Henry, attended the board meeting that concluded with the first walk through the new shelter 25 years ago.

“It is amazing to read that Judy was one of the first in the building and now, 25 years later, it bears her name.”

The milestones continue for Richmond Animal League during this birthday year. The organization recently purchased the neighboring property at 801 Branchway Road, formerly home to the RVA Financial Credit Union. That building is being transformed into office space and a new permanent home for the Loving Spay and Neuter Clinic.