The Christmas Box by Richard Paul Evans: an expression of love from a father to his daughters

Have you read a book more than once? For me, it’s like reconnecting with a long-lost friend. For this Christmas, I'm revisiting a trilogy of inspirational stories penned by New York Times best-selling author, Richard Paul Evans, who the Times references as “the king of Christmas fiction.”

I interviewed the former advertising executive turned writer years ago for television when he made a stop in St. Louis to promote his first book, The Christmas Box. Since that first meeting, Richard has written more than 40 novels. His latest, The Noel Letters was released in October. But it’s his self-published, debut book that changed his life forever, selling millions of copies. It's been made into a TV movie, along with six other novels.

Richard explains:  “When I wrote The Christmas Box, I never intended to publish the story—it was simply an expression of love for my (then) two young daughters. Though I often told them I loved them, I didn’t believe they could really understand the depth of those feelings until they had experienced the joy of rearing their own children. I hoped that at some future time they could read this book and know of their father’s love.”

The Christmas Box is a heartwarming story of parental love, healing and Christmas and told in the first person of the main character, Richard. The young father, his wife, Keri, and their 4-year-old daughter, Jenna, are hired as caretakers and are welcomed into the Victorian home of Mary Parkins, a lonely, elderly widow. As the relationship between Mary and the family develops, we learn that Mary’s past sorrows are compelling her to share an important message with Richard. But does it come too late?

The inspiration for The Christmas Box continues with Timepiece, followed by The Letter.

The Christmas Box is an inspiring holiday tale that tells the touching story of a widow and the young family who moves in with her, and the ways in which they discover together the first gift of Christmas and what the holiday is really all about. 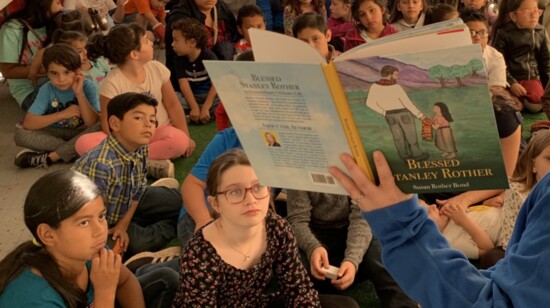