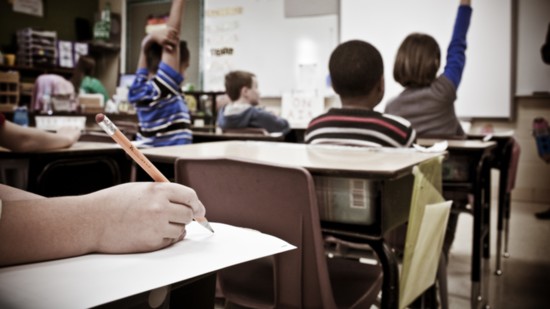 Donn Sorensen wants to make sure that children born into poverty have the same chances in life as do their more affluent classmates.

As executive vice president for Mercy, Donn's role as chair of Care to Learn—Greater St. Louis Region Advisory gives him the opportunity to do just that.

In 2007, Springfield, Missouri, resident and humanitarian Doug Pitt saw the poverty statistics in his hometown growing, and he decided to take action.

After reaching out to some of his influential friends in the Southwest Missouri area, he formed Care to Learn, a statewide organization that targets students with unmet health, hunger and hygiene needs that keep them from reaching their scholastic potential.

Doug approached Donn, his longtime friend, about joining him in his crusade to give these children a chance at a level playing field in getting through school.

“About 10 years ago, we recognized that there were students struggling to stay in school because of poverty issues,” Donn says. “We came up with Care to Learn as a way to get money in the hands of teachers without any bureaucracy, and when a hero teacher sees a student struggling from any health, hunger or hygiene issue, they can fix that issue then and there.”

The organization raises money by doing fundraisers such as galas or golf tournaments.

“The generational poverty and achievement gap is growing, and it’s growing fast,” he says. “Poverty is insidious."

“One of four children are born into poverty in this region, and the only way a child can break out of the poverty cycle is education,” Donn says. “But if poverty itself is keeping that kid from getting an education, that’s the insidious part, and that’s what we’re trying to solve.”

Poverty and its ensuing problems like hunger, health and hygiene issues can keep children from attending school, and when they do attend, they can have trouble paying attention to the teachers.

“If they’re hungry, they can’t focus,” Donn says. “If they don’t have clothes or hygiene products, the last thing they’re going to think about is education, because they’re just thinking about survival."

“So, kids in poverty underachieve other kids by quite a bit, and by the fifth grade, they are averaging third-grade levels,” he says.

Care to Learn finds out about student needs from the school districts who have been approached by a superintendent, principal, school teacher or, sometimes, a school bus driver.

“We tell them we will help them and give them some start-up money, but they need to engage their community and do fundraisers,” Donn says.

Donn has many stories about students helped by Care to Learn.

“A teacher noticed two brothers weren’t going down to the lunchroom, and she found out the boys were hiding out in the boys’ room,” he says. “They didn’t have money for lunch and were too embarrassed to go to the lunchroom and sit with the rest of the kids.”

Care to Learn got a locker in the principal’s office and stocked it with food for the boys to come in, get some food and go down and have lunch with the rest of the kids.

“In another case, a teacher noticed that, all of a sudden, a boy wasn’t concentrating in school and was sick a lot, so she did a little sleuthing and found out that the mother had lost her job,” Donn says. “She didn’t have food or the right things in the home, so the boy was missing school.”

Care to Learn got food and other items the family needed.

“A teacher saw this girl, a senior, who had been doing well in school, but then she started missing days, having behavior issues, and the teacher thought something wasn’t right,” he says. “She talked to the mom who had lost her job, and [she] didn’t have money for the child’s anti-depressant medication.”

Care to Learn got the medication, and the girl graduated from high school.

“A teacher overheard a boy asking other boys if they had any extra hoodies,” he says. “It was winter, and he was walking around in a T-shirt and jeans with holes, so she bought him some hoodies and jeans and a jacket."

Poverty is not confined to rural areas or regions like North St. Louis. School districts like Parkway, Clayton and Ladue have students who feel the effects of not dressing like their peers or not having lunch money as well.

Care to Learn now serves more than 98,000 students in 34 school districts and has met more than 950,000 health, hunger and hygiene needs of Missouri students.

“If a kid stays in the cycle and sees mom and dad not working and making bad decisions, and doesn’t have what he needs to stay in school, he’ll do the same thing,” Donn says. “History will repeat itself, but if we can get that child through graduation, he or she can now get a job, make money and move along in their lives.”

“History will repeat itself, but if we can get that child through graduation, he or she can now get a job, make money and move along in their lives.”