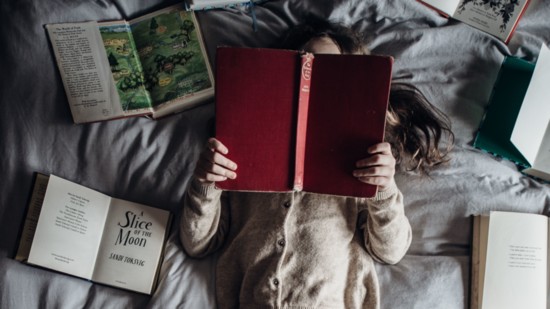 What is Your Favorite Childhood or Pet-Related Book?

From growing up in East Greenwich, Rhode Island, she and her best friend relished the book Misty of Chincoteague because they loved horses. Written by Marguerite Henry, the book describes Pony Penning Day, an annual event held each July by the Chincoteague Volunteer Fire Department during which "saltwater cowboys" round up feral ponies.

The story's essence made a personal connection, pulling her into its core.

"Our family spent summer vacations in Ocean City, Maryland, and often visited Assateague Island, which is best known for its herds of feral horses," Jennifer says.

In the book, the horses swim to Chincoteague Island and are auctioned to raise money for the volunteer fire department equipment. Jennifer says thousands of people turn out to watch the event, and that children in the book work hard to save their money to buy a wild pony.

"It is their dream, but they get more than they bargained for and learn that sometimes, you can’t always keep what you love," she says.

Jennifer recommends this book for any child who loves horses.

"If you can follow it up with a visit to Assateague Island National Seashore, so much the better!" she adds.

Chesterfield Mayor Bob Nation says one of the most frequently read books he shared with his three sons when they were young was The Little Engine That Could by Watty Piper.

"I remember reading it many, many times, as we have three sons that are fairly close in age. I thought it sent a good message, and I think it would be a good one for me to read my grandkids," he says.