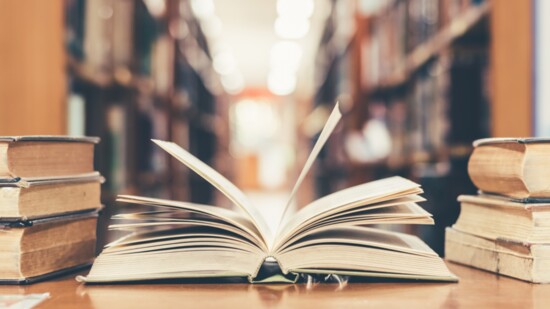 Missed a new book in hardcover? Check out these top books now available in paperback and eco-friendly digital release

Although I'm partial to hardcover books, especially when I add them to the shelves of my personal library, paperback and digital versions have their place, too. They're easier to carry and lighter on the pocketbook. Here are two best-selling books now out in paperback, audio or digital.

The Glass Hotel, by Emily St. John Mandel, is the fifth novel by the Canadian writer, who takes readers on a journey of two separate events that expose the collapse of an international Ponzi scheme and follow the mysterious disappearance of a woman from a ship at sea. Emily's last book, Station Eleven (2014), now is broadly acknowledged as an eerie oracle of the coronavirus crisis, where the writer prophetically imagined a world ravaged by a hyper-lethal form of swine flu. A handful of quietly placed clues suggest that The Glass Hotel exists in the same universe as Station Eleven, in a time before the outbreak.

The Girl With The Louding Voice, by Abi Daré, is the fictional story of a Nigerian teen girl named Adunni, who grows up in a rural village and dreams of getting an education so she can find her "louding voice" and speak up for herself. The novel opens on the morning her father informs her that to support the family, she's to become the local taxi driver’s third wife. The feisty, smart-talking Adunni’s resulting determination to stay in school and become a teacher sets her on a collision course with the rest of her village, where girls’ lives are defined by marriage.