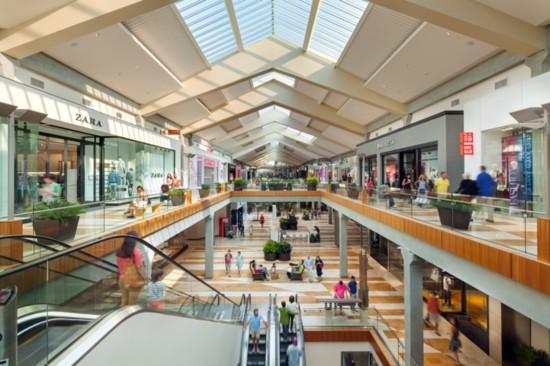 The year is 1946, and the Pacific Northwest’s first regional suburban shopping center, Bellevue Shopping Square, opens with 16 stores. By the end of 1946, four more stores are added to the mall, including Frederick & Nelson, the first shopping center department store built by Marshall Field’s in the United States. All in a little rural town that wasn’t incorporated until 1953, when Bellevue officially became a city.

Bellevue Shopping Square was the result of careful planning, research and execution by Kemper Freeman Sr. who was at the helm of Kemper Development Company at the time. KDC is a fourth-generation family-owned company that has been a major force behind the city of Bellevue’s explosive growth over the last 70 years. Today, Kemper Freeman Jr. leads Kemper Development as CEO and chairman.

What began as an open-air shopping center of 16 stores has now become an internationally renowned mecca for shopping and entertainment, as well as for living and working. The Bellevue Collection, comprising Bellevue Square, Lincoln Square (north and south) and Bellevue Place, boasts more than 200 retailers, 80 restaurants and cafes, four office buildings, three hotels and two multi-family towers that stretches over 51 acres. Free parking is also offered, something that customers say is the most important feature offered by the Bellevue Collection.

Kemper Freeman Jr. credits his father for being a pragmatic pioneer of Bellevue. His vision for a shopping center was meticulously mapped out. He spent months researching shopping centers up and down the West Coast and around the country to evaluate what kinds of stores were successful. He also listened to his community. He looked at what his community wanted but didn’t have. That type of dedicated research and planning continues today and is one reason the Bellevue Collection continues to grow and succeed.

For Kemper Freeman Jr., the growth of KDC goes hand-in-hand with the growth of Bellevue, because it’s not just about building buildings, it’s about building community by working together and creating opportunities that are mutually beneficial for everyone. The community and the company have always prospered together, and that is a direct result of the Freeman family’s visionary leadership and commitment to making Bellevue a safe, beautiful and vibrant community.

“One thing that has been and continues to be unique about Bellevue is that even before it was a city, the people who live here care deeply about the community and are willing to work to keep it a safe and beautiful place," Kemper Freeman Jr. says. "When people stop trying to make where they live a better place, it changes everything pretty quickly.”

Caring deeply for Bellevue has always been one of the driving forces for Kemper Development Company. It is imprinted on nearly everything it touches. Snowflake Lane is one such example of how KDC gives back to the community. Each year, beginning on the day after Thanksgiving through Christmas Eve, hundreds of people gather each night for the holiday parade and entertainment, free of charge. Since its start in 2005, the holiday festival has only grown in production and attendance. The street that runs between Lincoln Square and Bellevue Square shuts down nightly and is transformed into a fantasy come to life for children and adults alike, with Nutcracker soldiers drumming down the street and holiday characters dancing, complete with “snow” falling at the end of each evening.

Kemper Development Company has roughly 325 employees, and more than 100 of those employees are trained security officers who keep the expansive Bellevue Collection safe. For Kemper Freeman Jr., safety is one of the most important things to keep a healthy and vibrant city flourishing. Making sure the streets of downtown Bellevue are safe for workers, residents and visitors is a top priority to ensure people continue to work, visit and live in the city.

The rural town of old, one whose streets were lined with strawberry fields and farms, is now a bustling, urban city with a population of more than 700,000 people, with less than 9 percent of the population commuting out of the Eastside for work. Bellevue has become the epicenter of the Eastside, with its gorgeous skyline and complete offering for a full life; a city where you can work, eat, dine, shop, live and raise a family.