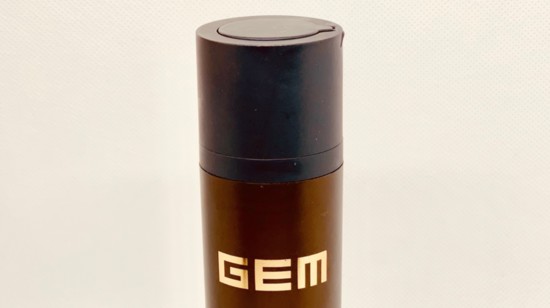 By 2050, it is estimated there will be more plastic in our oceans than fish. While technology races on—from allowing us to carry mini computers in our pockets, to prosthetic wings and even self-driving cars passing us on the road—there are some major issues affecting the one and only world we live in.

Dr. Libbi Finnessy of Bellevue Dental Health learned a similar staggering fact about the dental industry that was simply unacceptable to her. The Bellevue dentist discovered that more people have cell phones than toothbrushes. "How can this be?” she pondered. Clearly, she was nettled and wasn’t going to let this go. After a dental mission trip to Guatemala—seeing, touching and experiencing firsthand what dental disparagement was at large— she decided it was time to make a change. This horrendous statistic and her Guatemala experiences led to her crafting a plan, one that has already started to change the world.

Toothpaste itself has not been innovated since Colgate brought it to market in 1873: a plastic or metal tube to be squeezed by the user. In a single year, 400 million of said toothpaste tubes are discarded in the United States alone. On the global level, that number rises exponentially, upwards of 1.5 billion tubes tossed! And no, those figures don’t even begin to factor in your toothbrushes. Ever think about where they go? Chances are each one ends up in a U.S. landfill where an estimated 1 billion go every year. And once in a landfill, the typical toothbrush, made of polypropylene plastic and nylon, will not ever break down, causing the end of its journey to likely be in the sea, where they will soon outnumber the fish.

Dr. Finnessy’s line of luxe dental products include, but are not limited to, a bamboo toothbrush that is biodegradable. Wrapped in a lush golden base, the sleek handle is naturally antibacterial while the charcoal-infused bristles are extremely effective at fighting plaque and can help whiten teeth by absorbing tannins, compounds found in coffee, tea and wine.

Dr. Finnessey has also determined it was time to end the squishing of a tube, waste of the paste and drying out the product only to clutter the world’s landfills and oceans. Her innovative V1 tooth serum containing pearl powder is anti-inflammatory to your gums and expresses the perfect “pea-sized amount” in an airless dispenser, so no drying out, no wasted product and the container is 100 percent recyclable.

Nope, this dentist did not stop there; she is challenging the floss game with vegan floss that comes to you in an apothecary-esque glass bottle containing vegan floss. The container is kept for years; you only need to refill the floss. Positively genius.

On top of all the improvements to oral care products, a portion of GEM’s proceeds go to building dental clinics around the world in underserved areas in the United States and beyond. By sustaining these clinics with dentists and dental students, these communities now have created jobs, developed an area to flourish, and the next generations will be growing up with cavity-free mouths, positive self images and a hub of health that maintains the good bacteria in their mouths all the way to their hearts.

While discussing GEM, Dr. Finnessy references the well-known fact that Bill Gates had the dream of "a computer in every home" and before him, Herbert Hoover set out to put "a chicken in every pot."

“GEM will put a "toothbrush in every hand," Dr. Finnessy says.

And we believe her.

GEM is not just a product or a brand - it is a story that incites its customers to be the heroes - and that is you!  We are all encouraged to brush twice a day for two minutes. Now, imagine the impact, the positive ripple effect - that those measly four minutes could easily have on our world.  Be a GEM and join the movement. Make a difference and enhance the world.

Visit the site LiveTheGem.com to add your email and be notified of pre-launch events and specials. The GEM collection will launch in full Fall 2019.