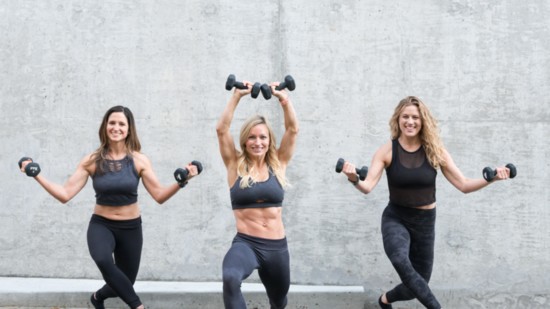 Meet You at the Barre!

Pure Barre Classes Offer Something for Everyone

As the new year gets underway, it is a time when we all begin to walk out our New Year’s resolutions, particularly when it comes to fitness. With so many options out there, it can be intimidating to wade through all the different workout classes and gyms. If you are new to fitness or starting back up again after a break, you are probably asking yourself, “Where do I begin?”

If you’re in the Puget Sound area, Pure Barre should be at the top of your list. In fact, you may already have a friend, or several, who belong to the Pure Barre Washington community that is currently 24,000 members strong. Although physical wellness is the goal, one thing that sets Pure Barre WA apart from other workout classes is the sense of community. Owner Sami Sweeney says her favorite aspect of her job is “building and fostering a community that supports others and teaches people self-love.”

Since opening its doors in 2010, PBWA has gone from offering one class to now offering three types of classes—Classic, Empower and Reform—to fulfill all of your fitness goals. All three classes are offered at each of the five Puget Sound locations. PBWA also provides complimentary sessions for both Classic and Reform called “Breaking Down the Barre," which are introductory classes for newcomers; as well as “Intensives,” classes that target specific areas of the body such as lower body and lifted seat, among others.

“Pure Barre has evolved over the years to become a one-stop shop for holistic physical fitness.” —Sami Sweeney, PBWA owner.

This flagship class is where Pure Barre began. Using a series of low-impact, isometric movements focused on different areas of your body, alongside a ballet barre and lightweight equipment, this 50-minute class provides a total body workout.

This class is comprised of six segments: warm-up, sculpting the arms, toning the thighs, lifting the seat, flattening the abs and then a cooldown. Stretching between segments is an integral part of the workout. The goal for each section is to get your body shaking by the isometric movements. Cue the shaking legs, arms and seats! The Classic class is a great place to start for newcomers to Pure Barre.

This shorter, 45-minute class is the most cardio-oriented class of the three. It launched in October 2017. Empower uses choreographed movements at a fast pace, performed in circuits using platforms, light ankle weights and free weights to target different muscle groups simultaneously.

The format of the class is similar to Classic; it starts with a warm-up that is high-energy using some of your equipment. You move from the warm-up to working on arms, thighs, seat and abs, all at a fast pace. Also, there are two cardio bursts that break up the thigh and seat and ab work sections. The goal is to get your heart rate up and burn more calories all while building strength.

The newest class format of the three, Reform was launched in September 2018. It is inspired by resistance training and simulates all of the movements performed on a Pilates Reformer machine using heavy resistance bands, sliders and the barre. Reform is music-driven, staying true to Pure Barre roots, and is a low-impact class that focuses on building total body strength by moving to the beat of the music.

Reform is like the other Pure Barre classes, following a familiar series of exercises. It begins with a warm-up, and then moves on to work on arms, thighs, seat, abs and concludes with a cooldown. However, each section has a different twist than the other classes. The warm-up exercises consist of full-body exercises on the floor and utilize the sliders and bands for the rest of the sections, making the small, isometric movements much more focused on balance, strength and coordination.

It is a 50-minute class that is designed to be accessible for new and longtime clients alike who looking to add some more toning to their fitness repertoire.

To try out a Pure Barre class, visit PureBarre for a full schedule of classes at all five of their locations, and follow them on social media @PureBarreWA for inspiration and updates. You can also stop by any of their studios and talk with owners Brandon and Sami Sweeney, Operations Managers Jenny Wyeth and Hannah Dingle, or any of the team.