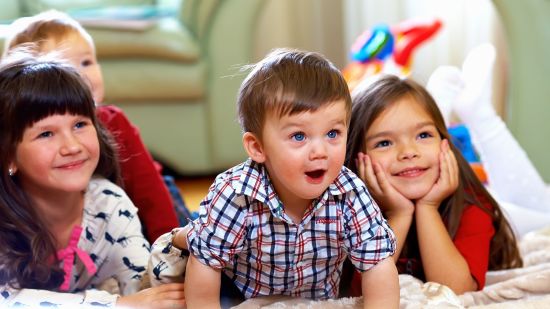 5 Anime That Teach Kids About Japan

GIVE YOUR KIDS A CHANCE TO EXPERIENCE JAPANESE CULTURE THROUGH ANIME

Kids love watching cartoons, and besides being entertained, they can learn a lot from them too. While traveling to Japan may not be an option right now, you can give your kids the experience of taking in a new culture and learning by watching Japanese cartoons.

When selecting anime shows for your kids, you'll want to make sure that they are family-friendly. Just because a show is animated doesn't mean it's appropriate for all ages, and there are a lot of anime shows with mature content. Here is a list of kid-safe anime that will teach them a lot.

This show has a pretty slow pace, so very young children might not stick with it. But your older elementary-age kids and middle schoolers might be able to appreciate something different and a little deeper than what they usually watch.

Available on Netflix in English, March Comes in Like a Lion tells the story of a high school boy who is a professional shogi player. (Shogi is the Japanese version of chess.) He was adopted by a prominent shogi player in Japan and raised in his footsteps, but due to his rigorous training schedule, he struggled to connect with any friends his age at school.

He now lives on his own but regularly visits three sisters who also live without parents. The girls teach him about cooking traditional Japanese foods instead of the instant ramen he had been making for himself every night. Kids will enjoy the adorable drawings of Japanese sweets and bento boxes! The show also explains the rules of shogi in a way kids can understand, using a song about cats to break down what each piece does on the board.

This slice of life story goes deep into his emotions as he wrestles with his sense of identity and belonging. It teaches kids about accepting themselves as well as not being too quick to judge someone else.

This show is super silly and fun. It stays lighthearted the whole time while also showing what Japan looks like and sharing lots of details about the delicious dessert mochi.

"Tamako Kitashirakawa is the eldest daughter of a family which runs the Tama-ya mochi shop in the Usagiyama Shopping District (Usagiyama Shoutengai). One day, Tamako encounters a strange talking bird named Dera Mochimazzwi who comes from a distant land searching for a bride for his country's prince. After becoming overweight from eating too much mochi, Dera ends up becoming a freeloader in Tamako's home. The series follows the everyday life of Tamako, her friends, family and neighbors, and this peculiar bird."

Available on Netflix, this show is perfect for kids who like Harry Potter or other magical, wizard stories. While it doesn't teach them about regular Japanese life like some of these other shows do, it gives them a taste of what fantasy shows kids in Japan who are their age might be watching.

"Akko Kagari is an ordinary girl who joins the renowned witch academy for witch girls, Luna Nova Academy. When she was younger, she went to Magical Festa, a magic show hosted by a witch named Shiny Chariot. Akko was so mesmerized and inspired by Shiny Chariot's performance that she dreamed to someday be a "cool" witch like her."

This show on Netflix is also light and fun, easy watching for kids. It's about sports, so if your kids weren't into the magical girls in Little Witch Academia, they might like this one better.

"Based off of the original Weekly Shonen Jump manga series from Haruichi Furudate, Haikyu!! is a slice-of-life sports anime revolving around Shoyo Hinata’s love of volleyball. Inspired by a small-statured pro volleyball player, Hinata creates a volleyball team in his last year of middle school. Unfortunately the team is matched up against the "King of the Court" Tobio Kageyama’s team in their first tournament and inevitably lose. After the crushing defeat, Hinata vows to surpass Kageyama After entering high school, Hinata joins the volleyball team only to find that Tobio has also joined."

Also on Netflix, this anime is actually a full-length film instead of a TV series. It does a great job of showing what a typical Japanese school is like and what a regular life for a Japanese student would be. Similarly to March Comes in Like a Lion, A Silent Voice explores deeper emotions than a typical show for kids and challenges them to think about how they view and treat other people. Ultimately, the message here is to be kind to everyone because you never know what they are going through.

"A young man is ostracized by his classmates after he bullies a deaf girl to the point where she moves away. Years later, he sets off on a path for redemption."

Note: While it has a great message, there is some heavier content in this film that may be too much for children younger than 13 to take in. I would recommend screening it before you watch it with your kids to decide if you are comfortable with the level of emotional content.