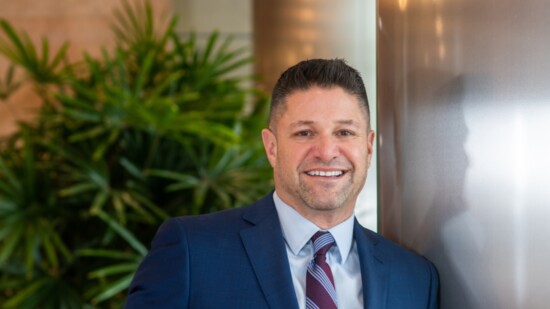 With Decades of Professional and Personal Experience Navigating Relationships, David and Julie Bulitt Share Their Wisdom

Attorney David Bulitt developed his compass for lawyering, or as he says, “Why I do it this way,” when a judge presiding over a custody case early in his career left him thinking, “Do you really want a stranger to make that decision for you?”

Here’s the story in David's words: “When I was a young lawyer, this judge comes out and says, ‘My job is to listen to you over the next two or three days and listen to your witnesses. After your trial is over, I'll make a decision that will affect you and your children for the rest of your lives and then I will go hit a bucket of golf balls.’”

David recalls that the encounter crystalized for him why he always explores every option for clients and tries to resolve problems out of court by reaching favorable settlements without having to turn the decision-making over to a judge. When cases must go to trial, however, David, a principal with Joseph Greenwald and Laake, is ready.

He adds, “There are a lot of family lawyers who are very good negotiators and know how to collaborate and so forth. There are not as many who are really skilled trial lawyers. I like to think I can do both pretty effectively.”

Others seem to agree because, for more than a decade, David has been chosen as one of the Washington area’s top divorce lawyers by multiple publications.

But lawyering is only part of David’s story. He and Julie, his wife of 35 years, joke that they advise people to listen to Julie so they don’t need David. A licensed clinical social worker with a private practice, and the in-house therapist for Discovery Channel, Julie helps couples avoid the need for a divorce attorney by helping them repair and preserve relationships.

David says that he and Julie, “look at issues very differently and a lot of times, from different perspectives.” That, along with their professional accomplishments, their long marriage and having parented four now-grown daughters, paved the way for their “side gig,” starting with their first book, released on Valentine’s Day 2020.

In Five Core Conversations for Couples, David and Julie share what they’ve learned about families struggling with difficult challenges, as well as what they’ve experienced in their own lives. While raising four daughters - two biological and two adopted – they dealt with one child’s mental health and behavioral issues, addiction, running away and pregnancy.

David says they filled the book with “What we have listened to, struggled through, and learned about saving a marriage, keeping a family together, or knowing when to call it quits, when to turn to professionals, or when to try tough love.”

Their agent is currently shopping their second book to publishers. David describes the first book as “big picture” and says, “In the second book we’re going outside our relationship and interviewing couples who’ve been through difficulties but made it through.” He gave examples including the death of a child, having an affair, or caring for live-in elderly parents.

The Bulitts also create popular Facebook videos called Couples Cocktails. In these lighthearted posts, David and Julie laugh their way through serious relationship topics while sipping adult beverages. They also have a YouTube channel full of personal and detailed stories, tips, and insights for couples and families. Topics include money, sex, kids, religion, mental health and more. The pair has also appeared on relationship-based podcasts and David has written op-eds for the Baltimore Sun.

Somehow David also finds time to write novels. His first, Card Game, was published in 2015 and his second, Because I Had To, in 2017. He has a third novel in the works but for now, he’s more focused on his collaborations with Julie.

Referring to a character from the old TV show, The Flintstones, David lamented that, in real life, there is no Great Gazoo to dispense advice when people make mistakes.

Until then, however, there is David and Julie Bulitt.