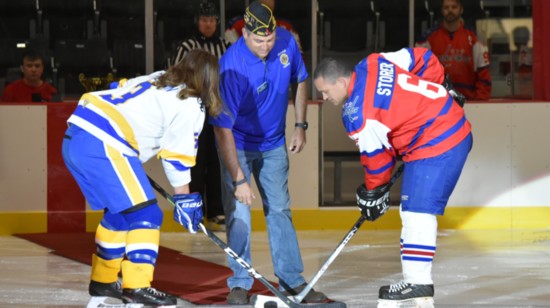 Raised in then Communist Romania, Luiz Taifas began skating at age three, competing at six and was selected for his country’s Olympic team at 11. To say that his training was rigorous is an understatement. “We trained eight hours a day and sometimes we had a half-day off,” he says from his ground-floor office of the Ion International Training Center he founded in Leesburg.

Elite athletes from multiple Olympic teams – skating, gymnastics, track and field, and weightlifting – all lived in the same hotel, so Luiz lived just down the hall from Nadia Comaneci, famed for earning seven perfect 10.0 scores at the Montreal Olympics in 1976. Because athletes in the program only went home 5 or 6 days per year, teammates were closer than family. His days began at 5:45 a.m., with his first workout at 6, breakfast at 7, an 8 and 10 a.m. practice on ice, followed by off-ice conditioning, lunch and then a 90-minute nap. Another on-ice practice ran from 4 p.m. to 6:30 or 7. After dinner, he’d do schoolwork for two hours, then it was lights out at 10:30 -- every day for 14 years.

For Luiz, his Olympic chances would come in 1992, 1994 and 1998, but it was in 1991 at Canada’s world championships that he scored his highest ranking of fifth place in international competition. “People were shocked when they announced the results – first place Russia, second place Russia, third place USA, fourth place Russia, fifth place, who? From where? It was one of the best programs and performances of my career.” He was 18.

In 1991, he met an American coach that brought him to the U.S. for the first time. The wife of a diplomat, Lydia Paley Hume was herself a skater and “just wanted to do something to help in the skating world. Being a skater, you always want to help someone else,” Luiz says. By 1995, he began training near Lydia's home in Fairfax, alongside Michael Weiss, a three-time national champion (1999, 2000, 2003) and U.S. Olympian. Today, they play soccer together to stay in shape.

Following his days in the arena, Luiz coached for 19 years at Reston’s SkateQuest until he developed plans to build a training facility in Leesburg. His dream for such a place began more than a decade ago as a complaint: “We’re the capital of the world and we don’t have a training center for international athletes?” Finally, his wife Mitra urged him, “Stop complaining and start doing something.” Four years ago, they drew up the plans, in July of 2018 they started building and the grand opening took place last June.

What he hoped for was a place that could accommodate the kind of passion and commitment that comes with the drive to compete on an Olympic level, and the reality more than met his vision.

“To compete on a national or a world level, you need a lot of training and a facility that can offer all that. I wanted to have everything under one roof.”

Not a place for athletes to live, certainly, but one that could offer breakfast and coffee, plus lunch and dinner for kids and their parents.

There’s a study room for Ion’s after-school program. There are two ice rinks and a gym where young athletes can get stronger and avoid injuries. For figure skaters, ballet is foundational, so there’s a ballet room. For hockey players, it’s always important to analyze their game-play so there’s a media room. For those prepared to go on to higher levels, there are two specialty training areas in the back for both. Luiz recruited a dozen of the best coaches in the world to the program for figure skating and another six for hockey, guiding two house and nine travel teams. The goal? “Have everything under one roof so you don’t have to go to Ashburn for ballet or Reston for choreography, or Tyson’s Corner for dance class. Here you have ballet on Monday, specific training on Tuesday, conditioning on Wednesday, jumps on Thursday – every day something specific.”

Besides the gym, adults just looking to stay in shape and have fun can take Zumba, yoga and barre. There are learn-to-skate classes, speed skating, ice dancing, a “beer league” for post-collegiate hockey players, a Wounded Warrior hockey team, and, yes, curling!

Luiz deals often with parents who want to know if their son or daughter has got what it takes to be an Olympian, and his standard reply is, “It’s too early to tell. It takes a lot of commitment from the family, from the skater/athlete, coaches, everybody around to make it to that level.” One skater might freeze in front of nine judges and 5,000 fans, and decide that she’d prefer to play on a team.

That said, there’s no end of inspiration for those with drive and ability. In November and December, anytime between 11 a.m. and 3 p.m. the casual observer could catch a four-hour workout by Luiz’s breathtakingly beautiful niece, Bristiana Prodea, a three-time Romanian junior national champion by age 15. A late-bloomer, she took to the ice at age 4. Along with Michael Weiss and four-time world champion Kurt Browning, she was practicing for Ion’s December “The Snow Story On Ice” production.

Fliers for the show promised an “escape to a magical world where anything is possible,” a proclamation that could be said to mirror Luiz’s own philosophy. The way he sees it, by catering to those who want to be the best, Ion can offer something world-class to everyone, even the casual sports enthusiast. “It’s not about just one thing, it’s about helping the community. We are from the community and for the community. We want to be about positive energy, a positive environment” – which explains the name, Ion.

Providentially, Ion is also how the name Jon – Luiz’s father’s name – is spelled in Romanian. “He pushed me and helped me to reach my goals – so we always wanted to remember him as part of this adventure.”

+ Luiz skates 15-20 hours a week. There are public skate sessions and learn-to-skate classes for all levels including an eight-week package that comes with a 25% discount.

+ Luiz spends about 8 hours/week in the gym under the watchful eye of Ahmed Ragheb, a weightlifting champion who has competed in the Olympics and still holds a clean-and-jerk record of 423.5 pounds.

+ Coaching is available for all levels, but for more advanced skaters a skating academy starts Jan. 1.

+ Hockey teams also cover all ages, including adults who play for fun and a Wounded Warrior team for veterans.

See Ionitc.com for schedules and community events, and http://bit.ly/LeesburgLifestyleVideo for video of Luiz and Bristena on ice. 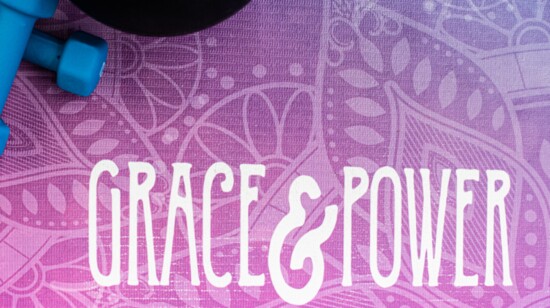 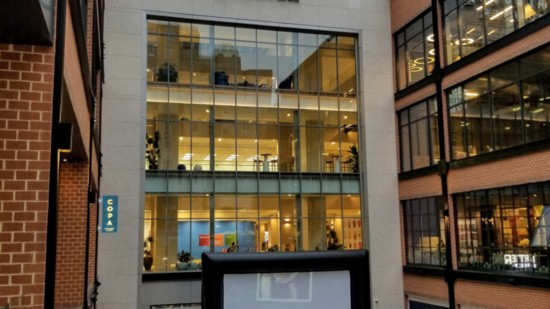