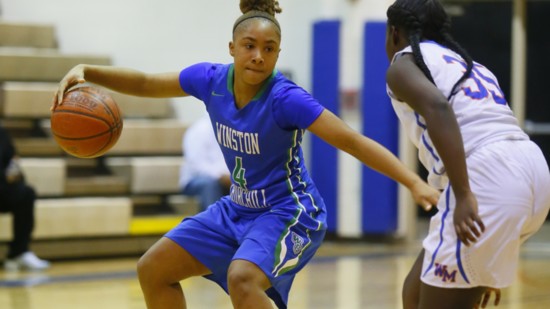 When people say “you’ve made it” before you finish high school, it might seem like there’s nowhere else to go. But each of these local athletes and musicians still have plenty of upside as they continue to excel in many aspects of their young and impressive lives.

Sounding older than the 8th grader she is, musician and composer Alisha advises others to never force their way through a creative block. “Inspiration,” she said, “comes to you when you least expect it.” She should know. She’s been playing piano since age 3, and viola since the fourth grade, and began taking composition lessons at the age of 10. “I had so many musical ideas and I just wanted to learn how to write them down,” she said and added, “First I tinker around with whatever instrument I find handy and then I start to write my piece. There is also an editing component. Finally, when my piece is performed, I get to share my musical thoughts with an audience!” One of her favorite moments, she said, was meeting other young composers when she performed her piece “Cherry Blossom Dance” at the honors concert at the NAfME (National Association for Music Education) Eastern Division Conference in Pittsburgh last spring.

Tony (Fanyao) asks friends if they like music but he really wants to know if they like music theory. “No one has ever said ‘yes,’” explained the Bullis School junior from China.  Tony has played the saxophone since 3rd grade, has been composing since 7th grade, and really enjoys studying music theory. At Bullis, he is enrolled in a music theory independent study, private saxophone and music theory lessons, and plays in five different instrumental groups. “In China,” he said, “They don’t really care about the theory. They just care about getting the notes right.” As for composing, Tony said, at first, “I just wrote what sounded good to me.” What Tony writes also sounds good to others. The Bullis Jazz Workshop is rehearsing one of his pieces and the concert band may perform another this spring. Tony plans to enter it into a music competition. Whether it wins or not, Tony said, “For people to enjoy your music…that’s the coolest moment I can think of as a composer.”

“Being on a great team from a young age helped me get several D1 looks,” said volleyball player Laila, who has accepted a full-ride scholarship to the University of Virginia. Referring to her mom, Laila said, “I wouldn’t be at the level I am today without her sacrifices and her always being behind me. I’m currently on a travel team (Metro Volleyball Club) that is ranked 16th in the nation out of thousands.” She is also a senior on the high-school team. “What I like best about volleyball,” she said, “is making new lifelong friends. The team aspect is like having a family.” She also loves sharing with her teammates the common goal of winning. “No matter what, you have to think of the final outcome, and all the doors it can open for you. When looking at the sacrifices people made for me, and all the time I put into it, I realize it’s clearly something I love, so giving up is not an option”

As a runner, Garrett has defeated many opponents but perhaps none as formidable as the injury bug. “It has always been quite difficult to stay dedicated and motivated when unable to run but whenever I come back and lose a race, my motivation levels always skyrocket,” said Garrett who is now a high-school senior. He described his best moment as, “Coming back from being injured for months and then running a personal best time in the mile. I proved to myself that I wasn’t finished with the sport even after being out for about eight months with various injuries.” Garrett began running in the fourth grade, when friends suggested it might be fun. “Then,” he added, “I started to win everything at the meets and eventually made it to the Hershey National Championships as a 4th grader and placed 4th in the 400. After that I went from the recreational level of track to a more serious club team called Firebirds.”

As a third-grader, Emma began playing lacrosse when her brother convinced her to play. The best part, she said is, “all the friends I have made along the way.” While Emma credited her dad as her biggest supporter, she said, “I could not do this without the help of my mom and my siblings.” Emma’s dad Greg said, “During the summer on weekends it's often just Emma and me hitting the road for various tournaments.” Reflecting back, Greg said, “Since 4th or 5th grade, Emma was basically the Quince Orchard girls’ lacrosse ball girl/mascot. She would be on the sideline at many games over the years cheering the team on. It's so much fun to watch her now play for Quince Orchard.” Emma is currently a high-school junior and has committed to play D1 lacrosse at Virginia Tech starting in 2021. She also plays for the M&D Lacrosse Club.

As a junior at the University of Maryland studying kinesiology and hoping to start medical school soon, CC (Cecilia) probably doesn’t need any distractions. But she is also an accomplished Tae kwon do competitor and won the National Collegiate Tae Kwon Do Championship in the black belt sparring division last spring. “I trained incredibly hard for that tournament with my coach,” she said, referring to Master Holder of East West Tae Kwon Do. CC has been involved in the sport since she was a toddler and she loves how “no two fights are ever the same.” She said, “Things are constantly changing in the ring. You always have to be observing and learning.” She added, “In sport, failure happens all the time to every athlete. The people who stick around after failure and keep trying are the ones who eventually come out on top.”

Spencer has been playing basketball so long, he can barely recall how he got started. “I’ve had a basketball in my hand for as long as I can remember,” said the St. Andrew’s senior. Kevin Jones, Director of Athletics and Head Varsity Boys Basketball Coach at St. Andrew’s said Spencer is a “very talented student athlete that works hard every day to excel in and out of the classroom.” Spencer said he “thrives on the competitiveness. I really love being a lockdown defender.” Describing how his family supports him he said, “My dad will work out with me in the gym for strength and training; my mom will rebound for me. They always provide what I need and unimaginably more. Importantly, they consistently motivate and encourage me.”  He tells others to, “value every moment you have, because basketball does not last forever.”

When Benny was five, he became interested in basketball while watching his older sister play. Today, in his junior year at St. Andrew’s, Benny plays forward on the school team. “Benny is an impact player who provides leadership on and off the court,” said Kevin Jones, Director of Athletics and Head Varsity Boys Basketball Coach at St. Andrew’s. “I love playing the game and being around my coaches and teammates. I enjoy the process every day of working hard to get better,” Benny said, while acknowledging the constant challenges he faces as a student athlete.  “I try to focus on my individual and team goals and block out any outside influences,” he said. Benny said his coaches, teachers and his parents, “have high expectations for me but only want me to best that I can be.” Coach Jones said Benny is “being recruited at a high level and has scholarship offers from several schools.”

A high-school senior and swimmer, Phoebe credits her older siblings with her initial interest in the sport, at age three. “My older siblings began to swim for our summer team and of course I wanted to follow them,” she said.  Phoebe concedes that, for her parents, swimming “was mostly a way to try to tire me out.” It appears not to have worked.  Phoebe has competed across the U.S. and in Italy, Fiji, Spain and Peru. At the 2018 Summer Nationals, in Irvine, California, after clocking her best time in the 100-meter backstroke, and entering the finals in second place, Phoebe said, “I was so happy. I could barely nap between prelims and finals.” Phoebe, who will attend the University of Wisconsin next year, added, “Being busy is a blessing and a curse. I enjoy always having something to do, but it can get really hard to keep up with.”

Usually, when someone is doing flips down the length of a basketball court, it’s a cheerleader but not in Brittini’s case. When Brittini began playing basketball at age 5, she was also a gymnast and her parents, Jerry Martin and Patricia Mason loved watching her, “tumbling and flipping down the court in jubilation,” they said. As a high-school senior today, Brittini leaves the flipping to others but continues to find joy in the game from within herself, and from others, who give her, “constant motivation, encouragement and positive vibes,” she said. “They never allow me to pity myself but to remind me I'm somebody and reinforce I'm special in both their eyes and especially God.” Her coach, Katelyn Blanken added, “Brit is a role model to her peers, on and off the court.  She is offensively talented, fierce, and reliable.”

As a standout 9th-grade student/athlete/musician at Fusion Academy Rockville, Alex serves as the Student Director of Operations in the school’s Student Ambassador Club, competes on the climbing team at EarthTreks (a climbing gym), and plays trumpet in a brass quintet through Pritchard Music. “I’m also part of a multi-genre band at Fusion called The Beanie Boys,” Alex added. “I’m very focused on my goals,” Alex said, and added, “My parents support whatever I do and put me before them. At Fusion, I make my schedule center around my training and music. Everyone is so supportive, so I never get stressed if I need to miss a class due to traveling to competitions or performing.” A favorite moments was when he took 5th place at USA Climbing’s 2019 Sport and Speed Youth Nationals competition in the 13-14 age group. His goal is to compete at the Youth World Championships with a U.S. jersey.