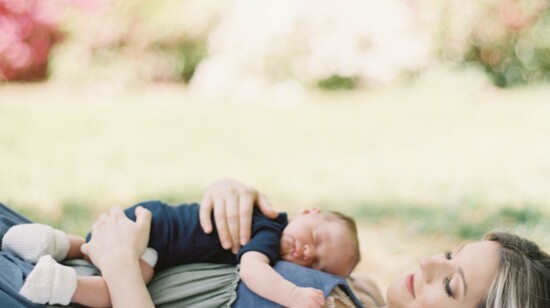 When you have to fight for something you really want, that victory is the greatest life has to offer.

So too was the battle faced by Kristen Klingshirn, co-host of the nationally syndicated Bert Show, and her loving husband Bart as they began their unique journey to pregnancy.  Their dedication to each other, their marriage, and to the creation of life kept them on the path to parenthood. While they were never derailed from their goal of starting a family, they found themselves hanging on tight for the roller coaster that was their life.

For Kristin and Bart, who found out in 2018 that they only had a two to three percent chance of conceiving on their own, the next three years were all about a new lifestyle.

Their days were full of appointments and medical visits for egg retrieval, fertilization, supplements, Lupron and Progesterone injections, and estrogen patches.

The mantra that would guide her steadfastly along her pregnancy journey was simply, “Let go of disappointment and make room for baby.”

Kristin and Bart did what was to be their first egg retrieval and while six eggs were harvested, after fertilization, blastocyst, and genetic testing the couple ended up with only one viable embryo. “I was eternally grateful for that one frozen embryo, my Ice Ice baby,” says Kristin. While everything was looking good at the moment, life was to throw Kristin a curveball when her father was diagnosed with cancer and placed in hospice.  “The next day I flew to Orlando to be by his side for six weeks as he died,” says Kristin. “The hardest places in life to be in are the ones that you never saw coming, IVF and the transfer were placed on hold.”  After her father’s passing Kristin chose to take a year off to deal with the trauma and her grief.

“Bart and I did not choose to do IVF during a pandemic, a pandemic chose to happen while we were doing IVF,” jokes Kristin about the realization that despite the world shutting down, they were, once again, focusing on the creation of a new life and awaiting their first pregnancy test.

It was not successful. “I had never imagined getting this attached to a frozen embryo,” said Kristin, “but, it wasn’t just an embryo, it was the hopes and dreams for our future…as a family.”

While devastated, Kristin and Bart were not deterred. The couple began the process all over again, only this time, the result would be incredibly different. On July 4, 2020, another six eggs were harvested and because less than half were viable the doctor on call suggested a different plan of attack. This time the IVF would not occur with a frozen embryo but as a fresh embryo transfer and, since fresh transfers in ovulatory women had a higher live birth rate, it was established that it was worth a shot: they went for it!

Kristin and Bart kept to themselves around their Buckhead home as they awaited the pregnancy test and while they were hopeful for good news they were realistic about their expectations. They would remain quiet for three months until the couple knew for sure that, after all the years of working and waiting, they had a viable pregnancy.

Good news travels fast. For Kristin and the cast of the Bert Show, with whom she had shared her pregnancy journey, the exciting news traveled, well, at the speed of sound!  Congratulations and excitement were offered from friends and family at home and from the millions of daily listeners who had all become stakeholders in Kristin and Bart’s pregnancy journey. On February 22, 2021, the happy couple welcomed James Robert Mattingly into their lives. James Robert, named in honor of both of his grandfathers, is a beautiful miracle in their lives and a glimpse of hope to every couple’s own pregnancy journey. 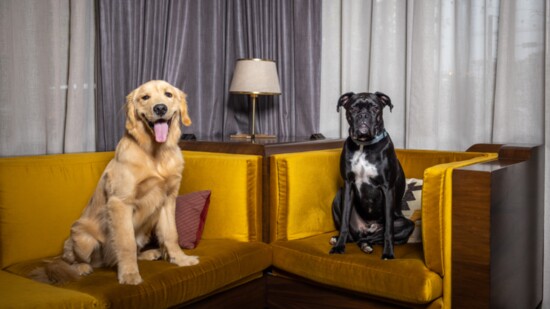