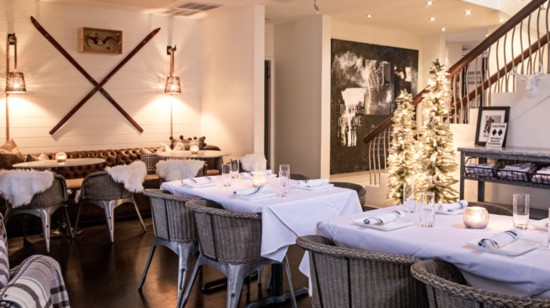 At Yebo, the Restaurant’s Personality Shifts with the Seasons

“Atlantans love going to the beach in the spring and summer, and then going skiing in the winter,” says Kelly Anthony, the interior designer for True Story Brands restaurants (which includes spots such as 10 Degrees South, Cape Dutch and Biltong Bar) and owner of Wolf Design Group.

“After Yebo Beach Haus had been open for a few months in its current location, my husband, Justin, came up with the idea to make this switch with the seasons. We wanted to bring a taste of the traveling-with- the-seasons lifestyle to Atlanta.”

Overseeing the interior design for the couple’s restaurants was a natural fit for Kelly, who studied design at American Intercontinental University and later started Wolf Design Group in 1997.

Since Yebo moved to its current location three years ago (the concept has been open since 2012), it has been the only one of the True Story Brand nosh spots that changes its identity every March and November.

Each year, the interior design is based on a different beach or ski destination. For example, Kelly has drawn inspiration from Aspen and Chamonix, France, for previous Ski Hauses.

“This year, we’re taking inspiration from Saint-Tropez for the Beach Haus,” Kelly says. “The setting is just stunning, plus the cuisine and wine from the area compliment the flavors of South African food and wine.”

Once they’ve settled on a destination influence, Kelly creates inspiration boards and pulls together furniture, artwork, and other design elements such as throws and pillows. Trying to use as many Atlanta-based design elements as possible is always a priority.

Some of Kelly’s favorite spots for finding furniture, artwork, and other knick-knacks for the décor include Swoox, R. Hughes and B.D. Jeffries.

“A few of my favorite items that I’ve found in these boutiques over the years include antique skis, as well as lighting elements and large pieces of artwork that have served as focal points in Yebo,” she adds.

Kelly also draws inspiration from some of her favorite designers including Kelly Wearstler and Kelly Hoppen.

“I absolutely love the work of these two women from London, because they’re fearless with and without color in their designs, which gives me inspiration for our designs,” Kelly says.

To make the switch, Yebo closes for two days. All of the design elements that are being removed are stored, in case they can be used again in future designs.

“The best part about the transition is always seeing the customer’s positive reactions to both the new design and menu options,” Kelly says. “It makes all of the hours of planning and hard work worth it.”

This year’s Beach Haus will open in mid March, revealing its latest look and a menu filled with summer tastes suitable for savoring on the restaurant’s patio.

“When it comes to the menu, think South Africa meets south of France,” says Justin. “So, there will be beautiful seafood options like oysters and mussels—and, of course, great steak frites.” 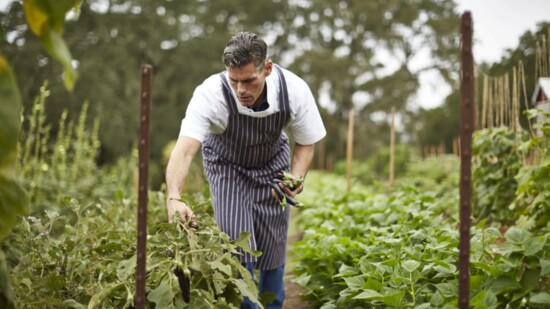