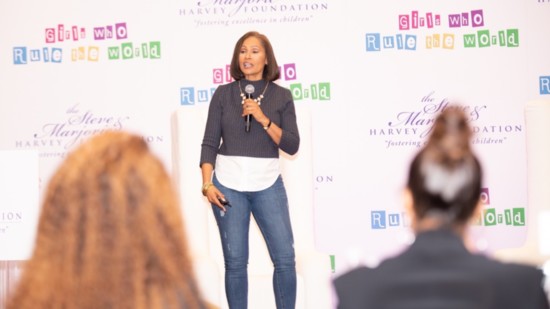 Three Ways to Motivate Your Teen This School Year

Jackie Brewton is an author and youth motivational speaker who traded in success for significance in 2001 when she walked away from her career in corporate America to dedicate her life to helping teens make good choices. As the CEO and founder of MotivationN3D, Inc., Jackie has spoken to more than 100,000 students across America and abroad. For the past 17 years, she has been sharing her keynote presentations before assemblies of thousands and in classrooms of 30 each week. Along with inspiring teens, Jackie also empowers parents to be able to have tough conversations with their teens so they can dream bigger DREAMS, make better DECISIONS and realize brighter DESTINIES.

When teens have a bigger YES, it’s easier for them to say NO to other things that could prevent them from reaching their dreams and goals. What is the thing they want so badly that they won’t let anyone or anything keep them from getting it? There’s a great quote by Andy Stanley that says: “When you give up something now for something better later, that’s not a sacrifice. That’s an investment.” Discovering their YES could prove to be the best investment they’ll ever make.

2. Use words to build their self-esteem.

3. Focus on the benefits of good choices just as much as the consequences of bad choices, if not more so.

We’ve tried to change teens’ behavior for years using two words: do and get. We tell them, “If you do this, you’ll get that!” And that may change their behavior short-term. But two better words that could change their behavior long-term are see and feel. How do they see themselves? How do they feel about themselves? Until they see and feel about themselves the way they should, they will make all kinds of poor choices, not realizing what it could cost them. They only consider something an “at-risk” behavior if they think they are risking something. They only feel a need to protect their future if they think they have one.