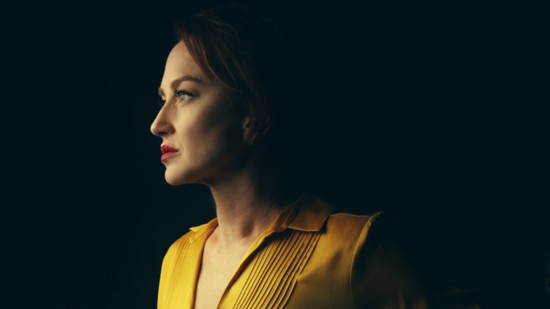 How Songstress Deb Bowman Will Steal Your Heart, Too

On one of those rare sunny afternoons after Christmas, I sat daydreaming in a coffee shop near my house and found Deb Bowman on Spotify. I had, of course, already listened to her music at the insistence of our friend, the late Don Thomas Hayes (God rest his sassy soul) and recently at Bread & Butterfly in Inman Park, where she played with a combo and lulled us all into a welcomed state of luxurious chill on a Friday night.

Deb’s voice is creamy and smooth, but she’s as much vixen as angel. With impressive stage, film and television credits, she has been a fixture among Atlanta entertainers since moving here from New York. Whether belting out Broadway and big band ballads or softly seducing you with sultry standards, Deb’s style is all her own. She’s got a big voice and a powerful stage presence, all wrapped up in a pretty petite little package you’ll want to put in your pocket and pull out when you most need a boost.

That’s just what she did when I first met her at the bedside of our friend Don Thomas, the “Mayor of Virginia Highland.” He suffered a stroke and Deb led a small rag tag choir of some of his best and oldest friends as we gathered at Grady Hospital to serenade what was left of our friend. At that point, there was only the rise and fall of his chest that told us he was listening.

We did our best with one his favorites, Moon River, Deb singing sweetly and strong with tears pooling then falling.

She is a gift to anyone lucky enough to hear her perform.

You can catch her Wednesdays at Atlas at the St. Regis Hotel, Fridays at Bread & Butterfly and at other choice Atlanta locations. Her “Big Love Band” includes musicians Arthur Turner, Ken Gregory, Craig Shawdaddy, and Jared Lanham.

Deb began playing piano and singing in a Southern gospel church from an early age. With a bachelor of arts focus on classical theater and dance from the University of Alabama, she relocated to New York City in 1999 and began a professional career in entertainment. She has since performed worldwide in television, film, theater, cabaret shows and international cruises, ultimately relocating to Atlanta, where she's been embraced as one of our finest.

A joyous love of music and theatrical arts is Deb’s own collective adventures through life, travel and relationships. Stage credits include Chicago, Cabaret, 42nd Street, The Little Mermaid, Oliver first national tour, Evita, Sweeney Todd and A Streetcar Named Desire. Bowman is represented by Atlanta Models & Talent with credits including: Ugly Betty Season IV, Being Mary Jane, The Haves & the Have Not’s, Its Complicated, Wall Street 2, and several national commercials.

Deb has worked alongside actors such as Meryl Streep, Steve Martin, Shia LaBeouf, James Franco, and Vanessa Williams.  She was awarded Best Actress in a Professional Play for 2015 Atlanta Region by Broadway World.  She won the 2014 RICE Award (Rising In Community Excellence) for Entertainment. Deb is also a two-time Suzi Bass Award nominee for Best Actress in a musical. Deb is a proud union member of SAG-Aftra and Actor’s Equity.