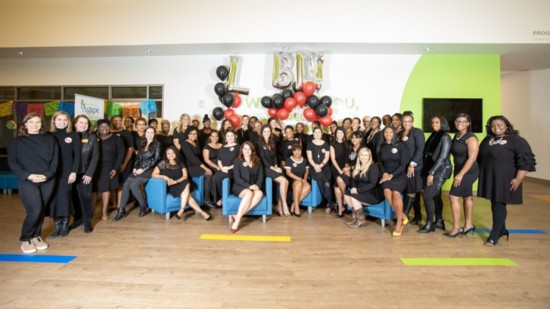 The Junior League of Atlanta, Inc. (JLA) has been an impactful force of trained female volunteers leading change in Atlanta for 103 years. Now in its second century of service, JLA has tackled issues that directly impact women and children by leveraging their strategic partnerships with other nonprofits and government leaders and their arsenal of trained volunteers to advocate for women and children through human trafficking and sexual exploitation, early childhood education and generational poverty.

For its Centennial Anniversary, JLA celebrated a century of service by awarding a total of $1 million dollars in grants to three local nonprofits towards transformational change. The Atlanta Community Food Bank was awarded $380,000 to eliminate food insecurity by implementing a School Breakfast program, adding new summer meal sites and expanding its School Mobile Food Pantry program. Atlanta Legal Aid Society, Georgia Heirs Property Law Center and Pro Bono Partnership of Atlanta have utilized their $380,000 award to provide legal help and education to nonprofits and families dealing with housing issues.  Children’s Healthcare of Atlanta’s $240,000 grant provides training to help staff identify and address the signs of human trafficking and sexual exploitation. JLA President Andrea N. Smith says, “We are so proud to partner with these great organizations by providing grants that help them continue and expand their impact in our community. Their work directly benefits people living in Atlanta and help address pressing issues in our community”

JLA refuses to shy away from tough issues.  JLA began focusing on the elimination of human trafficking sexual and exploitation after learning that Atlanta is a hotbed for human trafficking. JLA’s Pilot Project began in 2009 and focused on preventing child sex trafficking by partnering with organizations already fighting against child sex trafficking, including A Future Not a Past and the Barton Clinic at Emory Law School. JLA members have also traveled to the State Capitol and lobbied for legislation to protect victims of sex trafficking and to require “mandatory reporters” to report if they noticed signs of a child being trafficked for sex.  Recent partnerships includes Wellspring Living for Girls, an organization that offers secure housing for at-risk youth who have been exploited, abused, or neglected by focusing on trauma therapy, education, life skills and confidence. JLA also partners with Georgia Asylum and Immigration Network, YouthSpark and continuously advocates with community leaders and through their members by hosting trainings for JLA members and advocacy breakfasts to educate community leaders and businesses on ways to stop trafficking in our community.