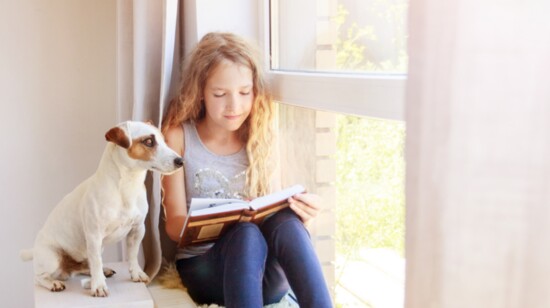 What to read with your kids

What a beautiful month to read! Rebecca Power took time out of her busy day as Youth Services Librarian at Smyrna Public Library to recommend these awesome books for children to dive into. Grab your favorite little bookworm and curl up with these reads.  All available at the Smyrna Public Library, of course!

The Bench by Mega, the Duchess of Sussex

The Bench is a sweet little tale. Dedicated to “the man and the boy who make my heart go pump-pump,” it began as a poem Meghan wrote on Father’s Day for her husband, Prince Harry, soon after the birth of their son, Archie. (They have just had a second child, a daughter named Lilibet Diana.) It explores the connection between fathers and their sons. New York Times

Bruce is a bear who struggles with fun.
When Bruce says no to fun one too many times, Nibbs, Thistle, and Rupert secretly wish Bruce was more fun. And the geese secretly wish for sandwiches. The next morning, all their wishes come true. Bruce is cheerful. Bruce is adventurous. Bruce has pizzazz . . . and a basket of sandwiches. Except Bruce is not exactly Bruce. He's Kevin, Bruce's fun cousin. Nobody knows that Bruce has gone fishing. Nobody knows that Kevin is coming. Nobody even knows who Kevin is. But, everyone quickly learns one thing: Kevin LOVES fun. Goodreads

Llama Llama and the Babysitter by Anna Dewdney

At first, Llama feels okay with this. After all, Mama has gone out before and Gram and Grandpa have stayed with him. But this time they can’t. Someone new is coming over, and the more he thinks about it, the more he worries! He knows he will be miserable . . . and then the doorbell rings. It’s Molly from the ice cream store. What is she doing here? And she has ice cream! Maybe having a new babysitter isn’t nearly as bad as he thought! Penguin Random House

Aru Shah and the City of Gold by Roshani Chokshi

Aru and her sisters–including one who also claims to be the Sleeper’s daughter–must find their mentors Hanuman and Urvashi in Lanka, the city of gold, before war breaks out between the devas and asuras. Aru’s biggest question, though, is why every adult she has loved and trusted so far has failed her. Will she come to peace with what they’ve done before she has to wage the battle of her life?

One minute, Finn was biking home from school, and the next, he was run off the road by a maniac in a big van. Now, he's a ghost. He can do lots of fun things, like try every ice cream flavor in the store, sneak up on people, and play as many video games as he wants. Finn even has a new ghost friend, Isabella, to show him the ropes. But he also has a lot of BIG questions, like, who wanted him dead? And can he stop the maniac from striking again?  Indiebound.org

The 130-Story Treehouse by Andy Griffiths

Andy and Terry live in a 130-story treehouse.  It has a soap bubble blaster, a time-wasting level, a 13-story igloo, the GRABINATOR (it can grab anything from anywhere at any time), a toilet paper factory, and an extraterrestrial observation center for observing aliens.  Treehouse Book Series