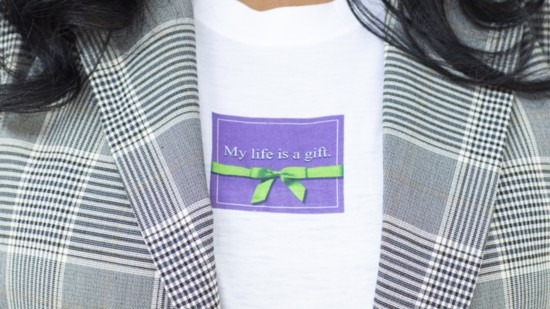 Tanya Waldon, an Agent for Change

May is Mental Health Awareness month.

What is My Life Is a Gift, and what is its mission?

My Life Is a Gift is an advocacy to validate new life for survivors of suicide attempt. Our goal is to normalize conversation of mental health and suicide prevention. The mission is to absolutely validate someone who wakes up alive from a suicide attempt.

How did suicide become a personal cause?

My son lives with a brain injury from a suicide attempt, but he is mostly functional and cognitive. He is everything the doctors said he would not be. There is a big stigma around suicide and definitely around black people and suicide. It is a misconception that black people do not attempt suicide—my son did. It was life-changing.

In 2016, suicide became the second leading cause of death between the ages of 10 and 34 and fourth in the 35 to 54 age group. How can we as a community raise crisis awareness?  We talk about it and actually listen. As far as a community, we write our legislators, are vocal with each other, and inform people where they can get help. Not having health insurance and feelings of shame make it complicated; most people do not want others to know or fear losing their jobs. This affects everyone everywhere, and because of that, we have to talk.

“A suicide happens in America every 12 minutes.  Asking 'How are you?' but not really wanting to know is a problem.”

The lack of access to behavioral health services throughout the nation, despite high demand and negative attitudes toward it are contributing factors to people not seeking or receiving treatment. How is treatment in Georgia?

Hospitals claim to have treatment, but they treat PTSD or something else, so specifically for survivors of suicide attempt, there is none. The Department of Behavioral Health has allocated a suicide prevention grant to three Georgia locations in 2017, but those funds have not yet been used. The day before my son shot himself, I took him to a hospital and was told male beds were unavailable. We waited until the next morning and were sent home. Later that day, he was on life support. As large as Georgia is, there are only 22 stabilization units with 14 beds each in the entire state. My son attended a pilot study at Didi Hirsch’s Suicide Prevention Center in Culver City, California. Their curriculum is available for healthcare professionals to download, and we urge our local providers to get trained and make treatment available here.

How can employers be proactive in the workplace?

Have mental and emotional health and suicide prevention literature in your office; encourage conversation. We can save people’s lives by allowing them to discuss their issues without indifference or judgment. Offer mindful wellness sessions; have a therapist come in once or twice a month.

As a parent who has taken initiative for others, what advice do you have for people grieving the injury or death of a loved one?

We had different setbacks and medication changes. It has been an educational process I never thought I would need to try to understand. You cannot help someone without helping yourself, because you too are going through something devastating. I was frightened! It is a traumatic “what’s next?” for all. Do not hesitate during a crisis; call 911 and ask for a Crisis Intervention Team (CIT) trained officer. Call the National Suicide Prevention Line: 1.800.273.8255 and GA Crisis & Access Line (GCAL): 1.800.715.4225. Find help!