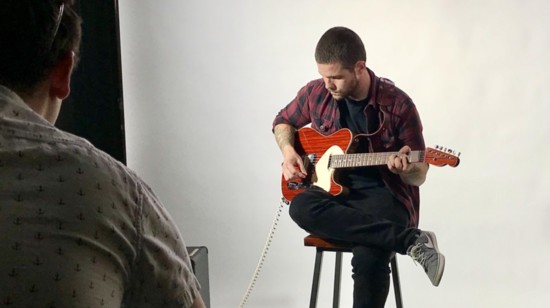 Interesting, Entertaining and Involved, these gentlemen represent the best of Fayette County.

Collecting fine bourbon is an art form and Wayne Damron believes he has amassed one of Georgia’s finest collections over the past 15 years. “Bourbon is uniquely American and has surpassed vodka as the preferred distilled spirit,” he said. Wayne went on to educate me, “Bourbon can only be produced in America and must be made from 51% corn. It must also be stored in charred oak barrels, only. This is bourbon law.”

To Wayne, the smooth, oaky flavor and earthy tones make bourbon easy on the palette and warm as it goes down. He started with Makers Mark and Buffalo Trace, but when he discovered Pappy Van Winkle, all bets were off as he set about his quest to collect the US’s finest bourbons. Today his collection of over 60 bourbons includes elusive bottles such as Old Fashioned Copper (O.F.C.) of which there are only 100 bottles (he owns #92) and the 10, 13, 20 and 23 year aged Pappy Van Winkle. Wayne’s favorite drinking bourbons are Basil Hayden's, Old Taylor and Angel’s Envy which is made in charred port wine oak barrels.  He is a self-proclaimed “bourbon-snob” and made sure to tell me that if you drink any one of these fine distilled spirits with anything else, he will not pour you any. “This bourbon is meant to be enjoyed straight only. No rocks. No mixer. Just the glass, you -- and a fine cigar.”

“My personal motto is helping people, restoring lives and shaping the future.”

On an average workday, Brandon Sherman is sharply dressed in his business attire - a tailored suit, a spring in his step and an unmistakable bright smile. But life wasn’t always so.

In September 2005, Brandon and his loved ones lost everything in the wake of Hurricane Katrina. The family moved to Atlanta and rebuilt their lives with tremendous help from friends and family. Since then, Brandon has vowed to use his professional expertise to help forge a brighter future for the local community he has come to know and love.

Twenty four years in the financial services industry has primed Brandon as a trusted business advisor. Currently, he oversees the United Way of Greater Atlanta, Fayette County Board, and secures key decisions regarding substantial donations for those in need. As a student affairs and enrollment management committee member for Young Harris College, Brandon recently provided valuable strategic insights on college enrollment in the aftermath of the COVID-19 crisis.

Brandon chaired the Fayette County Chamber of Commerce's first Diversity and Inclusion Summit in August 2019. Business Beyond Race brought together over 130 entrepreneurs and influencers from an array of industries. Sherman continues to serve as the Chamber’s first African American Board treasurer and was duly awarded the 2018 Chet Wells Award for working “the hardest in the community to further the success of the Chamber.” Brandon Sherman is a resident of Peachtree City and also a proud father to daughters Jasmine and Katelyn.

Golf Pro at Clubs of PTC

What is the best part of coaching kids?

I get to create playful and game-based learning. For example, instead of asking a junior golfer to simply put a ball into the hole, we have a game called Croctology. The junior transforms into a Crocodile dentist and needs to knockout the croc’s teeth with their putter and ball! This is fun for most kids, even the ones who aren’t considered golfers yet.

What is the hardest part of coaching kids?

Expectations from parents and kids. Most don’t have the patience to go through thousands of bad shots to get better. This is where games teaching skills along with choice, randomness, and interaction are so important.

I had a student aspiring to play college golf.  He was a pretty good player but hadn’t performed well enough to get a college coach to look at him.  We worked together and with his hard work, he won some small tournaments along with a major event.  In return, the University of West Georgia offered him a scholarship.  Along with his parents, I was by his side when he signed his letter of intent. He played for four years and is now helping me coach when he can. It has been a great relationship and it continues to grow.

What's the best advice you can give?

Enjoy the process of learning, and play often. It’s a game of a lifetime!

The GPS for serving points straight to the center. For Will Garner, it’s his heart. As a Lieutenant in the Army, Garner served the people of the United States for 26 years and retired in 2009 with the rank of Colonel. Today this soldier continues to give back to his beloved nation leading the crucial mission of Midwest Food Bank as its Executive Director.

Midwest Food Bank runs on operational effectiveness and efficiency and is fueled by the love for people. The nonprofit serves as a gateway for receiving, storing and distributing an average of $1.5 million in food each month to over 300 nonprofit organizations in six states. In 2019, 4,026 volunteers gave of their hands and hearts to the mission culminating in over 46,000 volunteer hours. In 2019, about $19 million in food was donated to those in need.

Garner spends most of his time in the community cultivating relationships with food and financial donors. In 2019, Will participated in the Piedmont Fayette Hospital’s Real Men Wear Pink Campaign honoring breast cancer survivors, one of whom is Will’s wife, Jenny. A three-time marathoner, Garner is also an active member of The Rotary Club of Peachtree City and serves on the Board of Directors for the Fayette Chamber of Commerce.

Will and his wife, Jenny, have been proud residents of Peachtree City since 2006. They have two sons, Franklin and Andrew.

For Wyatt Martin, creating beautiful works with his hands is in his DNA. He is the son of a mechanic and grandson of a carpenter. “Growing up I witnessed what it was like to work hard. I learned what it meant to love a trusted business in a community. I watched my grandfather, Jerry Rose, turn old stumps into beautiful bowls and always thought I’d do something like that someday.” Wyatt actually started making furniture a few years before and after he completed a massive, custom ping pong table for the execs at Chick-fil-A, he thought, “I’ve got to stop building these massive projects. I wonder if I could make a guitar?” He researched this new aspiration until he felt he was primed and Rosecraft Guitars was born.  He studied which woods would make certain tones and add nuances to the sound the guitars would generate. The only thing he was missing was the electronics for his electric guitars. Enter, Phil Danford.

Phil, the worship leader at Gospel Community Church, is a self-taught guitarist and vocalist who played heavy metal in garage bands until the Lord called him to lead worship instead. Wyatt couldn't think of a better person to share his passion with and he asked Phil to help. Phil knows the mechanics of the electric guitar and Wyatt knows woodworking. One cannot exist without the other and these two gentlemen love to produce something that provides musicians instant gratification. In fact, the first guitar Wyatt created was for Phil as a test run. They passed the test and couldn’t wait to construct more. Using distinct and exotic woods like roasted birdseye maple, African Sapele, Padauk and quilted chocolate maple gives Rosecraft its edge. Both admit they love when people say, “I’ve never seen anything like that before, I’ve got to have it!” To learn more about Rosecraft Guitars, please email Wyatt at rosecraftcustoms@gmail.com.