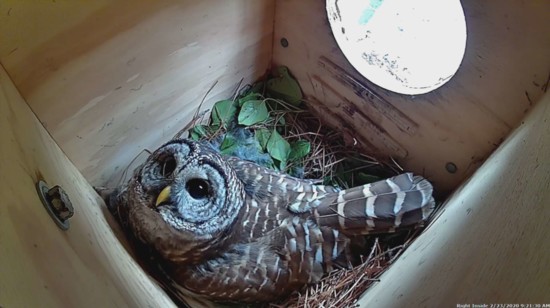 Emily Schreck and Ben Davis of Smyrna have always enjoyed hearing the owls in their wooded backyard. She, a bird lover, and he, a general contractor, decided to build and install two owl houses in their yard last year. “We built them on January 1st; it’s the first thing we did,” said Emily. “It’s a special day, and quiet. We put them out on the 2nd and by the beginning of February, we saw owls going into the houses.” This year, two barred owls have taken up residence once again. She thinks they’re the same ones as last year. “I read online that once they find a good place to nest they come back to the same location,” said Emily. Last year, two owlets were born and raised in one of the houses, and as of February 21, 2020, there were two eggs in the house. Emily said that the female will sit on them for about three weeks and the male will come around to feed her. She will also leave for short periods of time. The eggs will probably hatch around the week of March 9. After that, the owlets will stay in the nest until about the beginning of April, during which time the male and female will feed them pretty much continuously. The female will also stay with them most of the time, but once they get bigger, she’ll leave the nest for longer periods of time. Sometime in April, the owlets will fledge and leave the nest for good. “We love it, and want to do anything we can do for the animals so they have a safe spot to raise their babies,” said Emily. The couple installed three cameras - one on the inside of the house and two on the outside. To observe the Smyrna Owls, go to https://www.youtube.com/watch?v=FD57xsgH-Ao&feature=youtu.be), and to make the houses yourself, follow the instructions here: https://www.wildlifecenter.org/sites/default/files/PDFs/Nestbox/BADO%20boxes.pdf 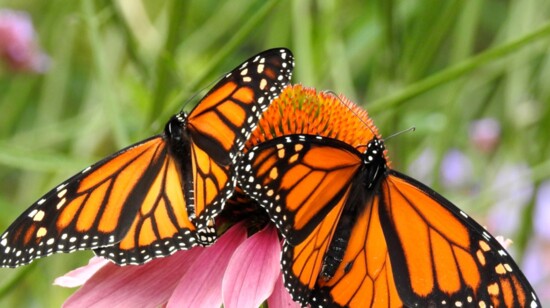 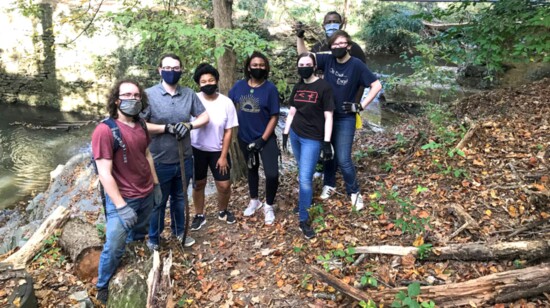 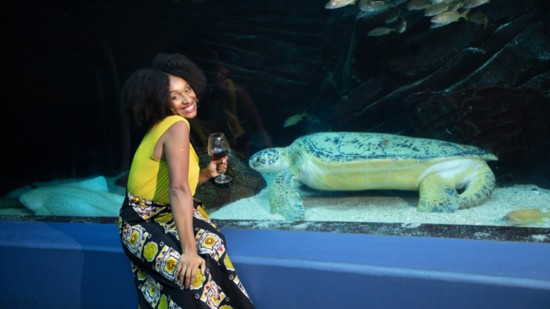