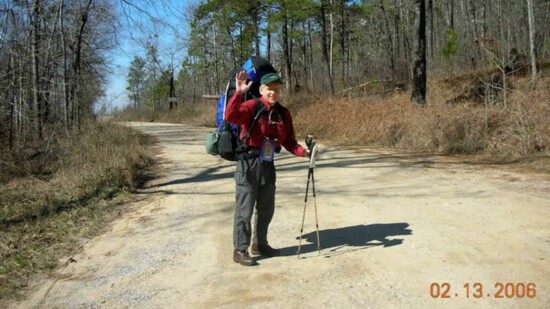 Grey Eagle takes us on a journey through one of the world's most scenic trails.

Ron’s journey began in 2006 when he retired as an airline pilot. Despite his new role as a retiree, Ron still felt young. What’s one to do when their energy level doesn’t match their new status in the world? If you’re like Ron, you walk the Appalachian Mountains Trail, a series of lead-in trails culminating with the Appalachian Trail. Ron is passionate about the Arthritis Foundation and marrying this with his desire to hike the trail only made sense. His journey was supported by donors who would give to the organization that means so much to him. Ron kept a detailed online journal that would keep his donors involved in the hike. Excuse me here while I change his name from Ron to “Grey Eagle” because no one goes by their actual name on the trail.

Grey Eagle prepared for this journey by diving into literature, calling upon experienced hikers and frequenting REI. He also stocked up on freeze-dried and home-cooked dehydrated meals as well as high-protein snacks. Keeping his energy level up and his backpack weight down made this a tricky undertaking. Practice hikes allowed him to perfect the right ratio of weight to nutrition. After a year of intense preparation, Grey Eagle began his hike on the Alabama Pinhoti Trail, a popular 137-mile hiking trail and southeast region Appalachian Mountains Trail Connector. He was filled with excitement and nerves as he took the first of some 6,400,000 steps that would be taken. “The hardest part was when I watched my wife drive off and the car disappeared over the hill. Then the enormity of the adventure really sunk in.” What followed was a 6-month journey, filled with experiences to last a lifetime. Coming face-to-face with glorious rock gardens, majestic waterfalls, wavering weather and wildlife. Managing the rumble of hunger was a constant job. “I stopped every hour or two for about 10 minutes and always ate something and drank a lot of water (at least 3 liters a day).” Even with this constant eating, he lost about 25% of his body weight.

The toughest mile for Grey Eagle was entering Maine and approaching Mahoosuc Notch. This is one mile of climbing up, down and in-between rocks and boulders. Some spaces are so small that it requires the hiker to crawl or slither under the boulders to make it through. This is a mentally and physically exhausting mile, but once accomplished, exhilarating. “I would like to point out that I could not have completed this challenge without the support of my family and especially my wife, Jeannie. She provided constant encouragement especially during the times I didn’t think I could go on.” Jeannie would send weekly packages of food and critical supplies to a post office along the trail labeled “General Delivery” for Grey Eagle to pickup. The most delightful moment for him was approaching the summit of Katahdin and embracing the trail sign. Not only was this the end, but he wasn’t alone. Grey Eagle’s son, Eric, joined him on the last week of the hike. After a 2,534-mile trek, Katahdin came into view. What a beautiful and majestic sight it was for these hikers. They spent the last night camping at the Katahdin Stream.

“After so many times thinking about giving up and doubting that I could make it, there it was, the end goal,” Grey Eagle remembers. “The good Lord sustained me and kept me safe and it was finally over.”

If you are encouraged to embark on this same journey, Grey Eagle suggests you do a series of multi-day test hikes leading up to the push-off date. This will help you get in shape, allow you to check your gear and decide what you really need. 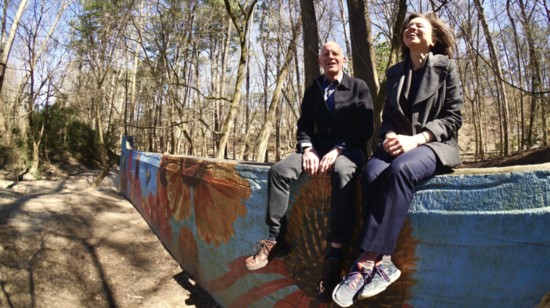