One local hero is helping us start our day with not only a great cup of coffee, but a way to house, support and educate impoverished children as well. Coffee4Kids in Bend was founded by resident Sean McDonell in 2012, and it raises funds for his family’s orphanage, Mi Casa International. “My dad started an orphanage in El Salvador in 1989 and 10% of the proceeds from Coffee4Kids goes directly to the kids,” he says. While providing high-quality coffee imported from El Salvador to restaurants, coffee shops and retail stores, Sean, a former financial advisor, used his skills to expand his offerings in 2016 to include Nitro Coffee. He then converted an ice cream cart to a Coffee4 Kids Nitro Tricycle cart. “In 2016, Nitro Coffee was so new that no one really knew about it,” he says. “So I would ask local coffee shop owners if I could bring my cycle during their busiest times of day and hand out free samples. If their customers liked it, I then asked them to give me the opportunity to do business. And we always knocked them dead.” He didn’t stop there. “I was also the first person to do Nitro Hemp Coffee, which is Nitro Coffee infused with CBD,” he says. “It has 50 milligrams of CBD per 12 ounces, which counters the jitteriness from the caffeine. I’m kind of called the Guru of Nitro Coffee!” So, what makes his Nitro Coffee so special, and how is it different from regular cold-brewed coffee? “With cold brew, coffee is combined with water and steeped for 16 to 21 hours,” says Sean. “Because you’re never actually brewing the beans in hot water, it reduces the acidity. Also, since it’s brewed for so long, you extract more caffeine. So, what you get is a smooth coffee with 20% more caffeine, but 70% less acidity. “You then strain it, and what comes out is concentrate, which you mix two-to-one with water, depending on how strong you want it, and then you put it into a keg and hook that up to food-grade nitrogen.” The keg is outfitted with a long stout faucet which has a disc inside with five tiny holes. When the coffee is forced at high pressure through the nitrogen and then squeezed through these holes, it agitates the liquid and creates a cascade that gives it a foamy head. The nitrogen also makes the coffee velvety. Today, Coffee4Kids has 70 Nitro Coffee accounts throughout the U.S., mostly on the West Coast and concentrated in Central Oregon.  In addition to taking the Nitro Coffee cart to retail establishments, it’s also available to ride to events, from weddings, outdoor concerts, to birthday parties.  The kids at Mi Casa International orphanage will thank you. Coffee4Kids.org, MiCasaKids.org 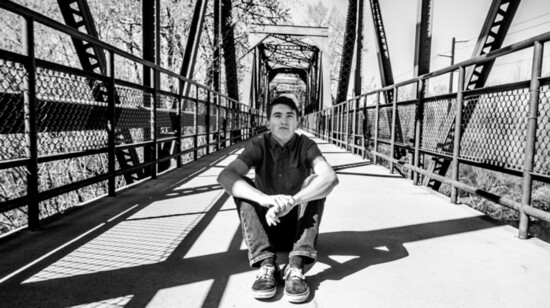