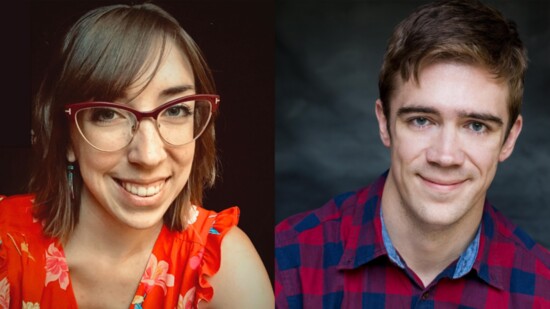 The Purse: A Dream in Two Acts

Overcoming the hurdles of a pandemic, filmmakers Emily and Nathan Woodworth continue to create and release multifaceted content and are busier than ever. Originally from the Bay Area, the Woodworth family moved to Central Oregon in 1999.  Their childhood hobbies of shooting films on their parent’s camcorder carried over into adulthood as Emily got her MFA in Creative Writing. Nathan went on to do stand-up comedy and progressed seamlessly into theater, films, television and voice over work. Recently, he starred in The Actors’ Gang production of “Johnny Got His Gun,” directed by Tim Robbins.

After working and training for a couple of years in Los Angeles, Nathan returned to Oregon and worked as a barista with Emily at Sisters Coffee Company. There, the two hatched a comedy web series that takes place in a coffee shop, appropriately named “The Barista Times,” which is now in its second season on YouTube.  Realizing that two heads are better than one, the two went on to co-write, co-produce and co-star in “The Purse: A Dream in Two Acts,” a short film directed by Emily. The film started out as random scenes to use to pitch for a feature length film, however the Woodworths quickly realized they had enough footage for a short film and began submitting the finished product to film festivals.

Because of the pandemic, most film festivals in 2020 went virtual. “Honestly, the online festival system was great for us. We were able to share our film with people around the world who otherwise would not have been able to attend the physical festival,” Nathan says. “We were overjoyed to have our film premiere at the 2020 BendFilm Festival, and winning the Audience Award was an unexpected honor,” Nathan adds.

The Woodworths feel that Central Oregon is one of the easiest places to shoot because of its natural beauty, culture and community support. “The Purse: A Dream in Two Acts” was shot in and around the Sisters area. The pair is currently working on another feature length film and plan to shoot in Oregon. “The future of filmmaking in Oregon is bright. Not only does Oregon provide tons of unique environments – it provides some pretty great incentives for Oregonian filmmakers. As long as we’re making films, we’re going to be shooting in Oregon,” says Nathan.