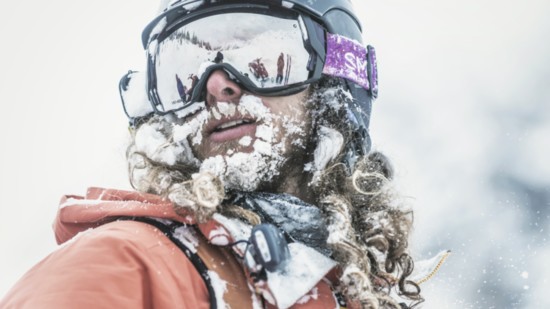 The Art of Skiing

Sage Cattabriga-Alosa Takes a Creative Approach to Mountains And Life

Small villages off the beaten track dot Northern Norway’s Lofoten Islands while locals and tourists alike fish the surrounding fjords. The unmatched beauty draws travelers from across the world, but Sage Cattabriga-Alosa is there to tame the countless snowcapped peaks that tower above restored fishing cabins along the Norwegian Sea.

Tumalo-resident Cattabriga-Alosa, alongside fellow big mountain freeskiers Ian Macintosh and Christina Lustenberger, four Teton Gravity Research (TGR) production crew members, and two local guides, spent three weeks earning his turns on the peaks. The higher they climbed, the more amazing views they encountered. Two full weeks of skiing the couloirs and ridgelines produced landscapes of snow-white peaks surrounded by crystal blue water, as well as scenes for the TGR movie Winterland. “It was the most stunning landscape I have ever been in,” says Sage. “The people of Norway that we met were welcoming, passionate, and tough as nails.”

As a teenager, Sage spent his winters in Alta, Wyoming dreaming of a professional career in ski racing, but eventually gave in to the legendary powder of Grand Targhee. Then, in 2001, serendipity would take hold and Sage’s life would change forever. Straight out of a skier’s fairytale, the not-yet-proven Cattabriga-Alosa helped TGR build backcountry ski gap jumps for his idols Chris Collins and the rest of the Wasatch-based pros. The unofficial rule was if you helped build the jump, you could hit it. took his opportunity and showcased a massive double front flip for the immediately impressed TGR founders Todd and Steve Jones. The trick landed him a spot in TGR’s film Mind the Addiction and jumpstarted his career. Cattabriga-Alosa went on to dominate the mountains of Alaska and British Columbia, Canada. His resume boasts more than 25 ski film appearances and Powder Magazine Awards of Best Male Performance (2004, 2009, 2011, 2015), Best Powder (2013, 2014, 2018), and Best Natural Air (2011).

“I’ve been to some exotic locations, such as Russia, Japan, and Europe, but it’s really just the wild-looking natural landscapes that I’m drawn to the most," explains Sage.

Back home in Central Oregon, he can be seen having fun on Mount Bachelor or doing some morning laps on Tumalo Mountain. For him, the training is year-round, which makes Bend the perfect home. In the off-season, he spends time riding the mountain bike trails and completing “living room workouts.” But mostly, Sage just wants to ski.

“Each season I get in a good amount of skiing for myself, then when it comes time to film, I’m feeling confident, strong, and fine to be cruising at the slower pace of production,” says Sage.

Cattabriga-Alosa’s love for the natural world is on full display in his 2018 film Elemental. The short film was his chance to share his love for the natural elements as it showcases his time skiing high on the peaks and mountain biking down on the trails. “I had been wanting to make combination ski and bike film for over ten years,” explains Sage. “My wife Annie really helped put things together, as I wanted the film to have meaning and a greater message.”

While Sage and Annie, with whom he met and fell in love at Burning Man, occasionally ski and mountain bike together, their real connection is through the artistic endeavors of visual art projects, music collaborations, and farming their three acres of land alongside their young twins. “I’ve won a bunch of video awards, but it’s all really just the fact that I found a way to do what I love for so long that I’m most proud of,” says Sage. 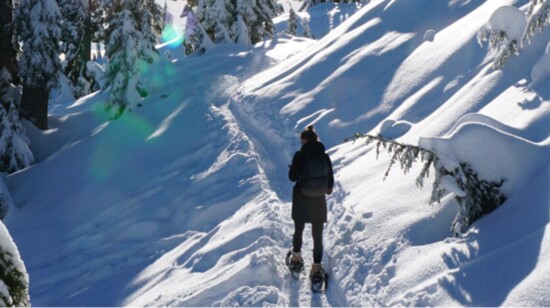 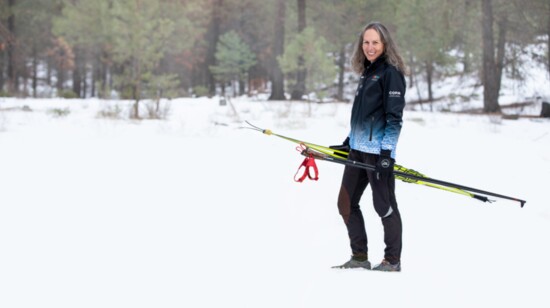