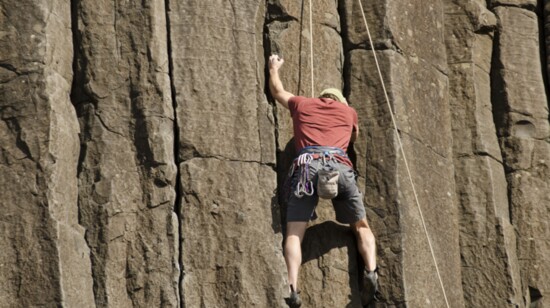 A FRONTIER OF POSSIBILITIES

From Mountain Climbing to Modern Dance, Boise Has Something for Everyone

For some, Boise is the only place they've ever lived. For others, it's become an adopted home.  What we have in common is the pleasure of living in four distinct seasons with relatively mild winters, a spectacular spring and fall, and summers that aren't too hot.  We take advantage of nearby hiking and biking trails, rivers, streams, ski hills and mountains, and exciting arts and cultural attractions such as Ballet Idaho, Trey McIntyre Project, Boise Philharmonic, Opera Idaho, Treefort Music Fest, Idaho Shakespeare and many excellent museums.

Boise has a charming downtown to stroll and shop with a great mix of local boutiques and large brands.  Victorian and Craftsman homes border the downtown, and for those who have a love affair with mid-century modern, and you’ll find several gems in “the Bench” neighborhood as well as other parts of town.

Boise has established itself as an arts and culture scene blossoming in music to modern dance to drag, with spirited new collaborations among them. The recent surge in the arts has added energy, diversity, and fresh money to the city’s mix, adding to the boomtown growth.

Made of volcanic columnar basalt, The Black Cliffs leading to Lucky Peak Reservoir provide ideal handholds and footholds that seem to have been created to cater to climbers. Today, there are hundreds of well-established routes of a variety of difficulties for climbers to enjoy.

FROM SAGEBRUSH TO CITY OF TREES

Boise was founded on a dry sagebrush plain and since the late 19th century has tried to perpetuate the efforts of growing trees. The nickname and reputation have stuck in the 21st century, with the city becoming a center of green ideas and practices of sustainable living.