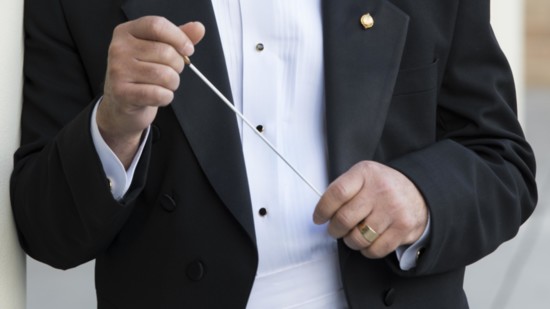 Trace the Links That Connect One Inspiring Person to the Next

Boise residents are an inspirational bunch.

Their actions regularly kindle other’s desires to try out a new hobby, volunteer, take up a cause or even set out on a career path.

On the surface, it may be hard to see the connection between a master electrician, an educator, a renowned conductor and a pastor. But inspiration links each of these individuals together, with each person spreading inspiration of their own.

Who Are You? I’m a lighting designer for theater, opera, dance, music, film and television, with more than 500 productions under my belt. My designs have included the 2009 World Winter Games Special Olympics opening ceremonies and multiple productions at the Morrison Center (as the master electrician) and at Stagecoach Theater (as the set and lighting designer).

In my spare time, I also direct, such as Stagecoach Theater’s recent staging of Cahoots, and I’ve taught stage lighting, grip and electric classes at Boise State University.

Favorite Piece of Advice: Always be honest to yourself and to everyone else.

Who Inspires You? James "Jim" Perkins

He was the band, orchestra and drill team instructor at Borah High School when I was there. (He retired after 30 years with the school.)

Mr. Perkins cared about all the students, regardless of their musical ability. I don’t know that I was the best musician, but he always treated me like I was. If I wanted to learn something, he would find a piece of music or a recording to let me expand my musicianship.

In marching band, we always did music from Broadway musicals. That started me on my career path for doing lighting for musicals, with more than 300 so far.

Who Are You? Before retirement, I spent 30 years as a music educator at Borah High School. Currently, I conduct the Capital City Mulligan Band, a community group made up of musicians who learned to play in high school, college or as an adult. As part of the New Horizons International Music Association, I lead the group to perform for audiences at places like the Idaho State Veterans Home and local senior centers. We also give free concerts in May as part of Boise Music Week (for which Perkins has served as president three times).

Favorite Piece of Advice: You can’t be someone else or live their dream. You have to be yourself. So be sincere, friendly and help people.

Who Inspires You? Marcellus Brown

Marcellus is the director of bands at Boise State University. He’s a musician who is well-known not only here in Idaho, but also for his skills in conducting dozens of all-state bands and other groups as well.

He was kind enough to nominate me for the Northwest Band Directors Hall of Fame in 2011. I played the French horn in his band (the Treasure Valley Concert Band) for 25 years. He’s probably my sole provider of all the good things that have happened.

Marcellus (along with Mark Dunkley​, ​Fred Hebert and the Dunkley Music staff) was instrumental in encouraging me to organize the Capital City Mulligan Band (originally known as Dunkley’s Mulligan Community Band). He’s one of the best.

Who Are You? I’m the director of bands at Boise State University and conductor of the University Symphonic Winds and the Treasure Valley Concert Band. I teach instrumental conducting and serve as the Boise State University summer chamber music camp director. I’ve done extensive work as a guest conductor, clinician and adjudicator throughout the United States and have been a guest conductor and presenter at the Midwest International Band and Orchestra Clinic.

I served a nine-year term as a Boise City Arts Commission member (and was president during the final two years of my tenure). I annually present the All-Star High School Honor Band and High School Band Clinic, which exposes the Treasure Valley’s developing instrumentalists and music educators to some of the best instrumental music educators and conductors in the nation.

Favorite Piece of Advice: Be honest, kind and work hard.

Who Inspires You? Robert “Bob” Hill

I met Bob when I first came to Boise 30 years ago. He was welcoming, and not just as a church pastor. (Hill served as the pastor of a Boise Presbyterian church before retiring.)

Bob dealt with difficult topics and issues masterfully. He asked members of the local African-American church to come to his church as part of an exchange. He had women speaking from the pulpit. At his church, there were people talking about gay rights. People didn’t always like it, but with Bob, they came away thinking how they could move forward in a positive sense and make the world around them a better place.

He talked with me about music, and I talked to him about anything but music. I was on stable ground with music but trying to make sense of everything else. It wasn’t necessarily a church thing, but as we rollerbladed and played racquetball and drank coffee, I learned ways to help the students and colleagues and other people I met. And seeing my students be successful and watching them accomplish things, not just in music, but in the world, inspires me to do better.