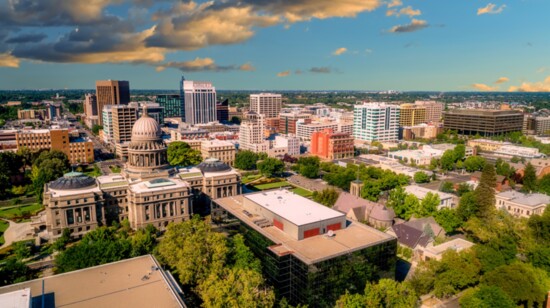 FOR THE LOVE OF IDAHO

Every year we observe IDAHO DAY on March 4, and this year marked the 158th anniversary of the creation of Idaho Territory by President Lincoln in 1863.  One of our greatest presidents brought Idaho into existence, approved her name, and by promoting the Homestead Act and the Transcontinental Railroad Act, brought settlers to Idaho making statehood possible on July 3, 1890.

The highlight of the celebration this year is the 100th anniversary of the completion of the Idaho State Capitol building in Boise.

After construction of its central section and dome in 1912, the grand neo-classical building was completed in 1921 and was truly a marvelous accomplishment for a young western state with a small population.  Known as “The Capitol of Light,” a metaphor for enlightenment, morality, and democracy, it is one of America’s most beautiful Capitol buildings.

Forty years ago I was walking to the Capitol as a newly elected member of the House of Representatives.  It was lightly snowing as I crossed the bridge over the Boise River when to my utter amazement an American bald eagle flew low out of the clouds and right toward the Statehouse.  I could hardly believe my eyes. Where else but in a place like Idaho could one see these two glorious symbols of freedom in the same field of vision?