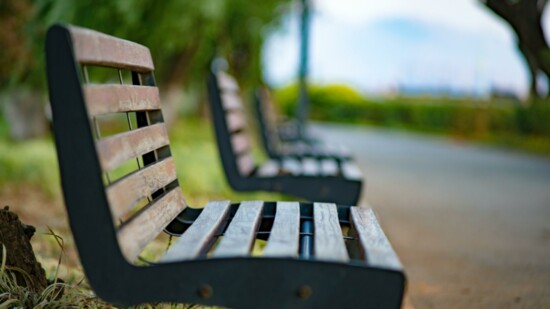 The Ribbon of Jewels

Photography by City of Boise

The ten riverside parks running through the Boise River Greenbelt are known collectively as the “Ribbon of Jewels,” properties given to the city and named in honor of some of Boise’s most esteemed civic leaders.  The existing and future park sites forever connect these women to the city they loved, and to each other. While their causes may be diverse they all share a common devotion of giving back to their community in order to improve the lives of Boise’s residents.   These parks are the legacies of these remarkable women. Like the water in the river, their generosity has flowed while touching past, present, and future generations. Upcoming parks will honor Alta Harris and Sue Howell, adding more jewels in the ribbon.

1. Esther Simplot’s commitment to the arts is unsurpassed in Boise.  From the construction of the Esther Simplot Performing Arts Academy and Academy Annex to co-founder of the Boise Opera Company, she personifies vision and dedication to the performing and visual arts. In 2016 the Esther Simplot Park was completed encompassing almost 23 acres of ponds suitable for fishing and swimming.  The expansive 55-acre park includes wetlands, shelters, grassy open areas, trails, docks, playgrounds, and bridges.

2. Bernadine Quinn’s involvement in St. Alphonsus Hospital, the Silver Sage Council of the Girl Scouts, and Catholic Women’s League kept her active throughout her life.  Bernadine Quinn Riverside Park and Quinn’s Pond are located on the former site of her family’s gravel operation.  Future plans for the pond include pollinator and firewise gardens, creating an environmental education destination for all ages at this unique water complex.

3. Kathryn Albertson became a philanthropic force in Idaho, discreetly and generously giving back to the state she loved, especially focusing on public education. This 41-acre urban park is just one of her greatest legacies and attracts migratory and resident wildlife while inspiring quiet contemplation.  Its wide paved footpaths are outlined in vibrant wildflowers, and there are benches and gazebos in which to enjoy the pastoral setting.

4. Ann Morrison was known as the “First Lady of Construction,” traveling with her engineer husband to job sites all over the world, and endearing herself to every worker.  She nursed the sick, kept the books, and trudged through muddy construction camps until her death in 1957.  Ann Morrison Park was developed by the Harry W. Morrison Foundation and deeded to Boise in her memory.  The 153-acre park has served as a place of beauty, rest, and recreation for generations with a playground, tennis courts, soccer and lacrosse fields, picnic pavilion and more.

5. Known for her kindness and gracious hospitality, Julia Davis welcomed and assisted emigrants traveling to the Oregon Trail as they stopped their wagons along the river to rest from their journeys across the high desert. In 1907, Tom Davis deeded 43 acres in memory of his wife to the City of Boise. Now grown to 89 acres, it is home to Zoo Boise, Boise Art Museum, Idaho State Historical Museum, Discovery Center of Idaho and the Idaho Black History Museum.

6. Dona Larsen was a trailblazer, graduating from college at a time when it was rare for women to do so, and helping to ensure that girls sports programs received the emphasis and commitment they deserved. Dona was recognized by the Boise School District as an outstanding and innovative teacher and girl’s softball and basketball coach. The 14.5-acre park, which sits on the site of the old East Junior High School, is owned by Boise State University. Thanks to a donation from the David and Debra Larsen Huber Family Foundation, the site is a multi-use sports complex to cherish her memory.

7. Kristin Armstrong is a professional road cyclist that started her Team USA journey at 17 as a Junior Olympian in swimming, and has won U.S. Olympic Gold Medals in the Time Trial (2008, 2012, 2016), three World Titles, five National Championships and numerous other victories. Kristin Armstrong Municipal Park is a shady 28-acre park on the north bank of the Boise River and a favorite destination for family reunions as it includes picnic sites, a playground, and bocce courts.

8. Establishing the Sawtooth Society to protect the Sawtooth National Recreation Areas, Bethine Church’s dedication to the environment is legendary. She has served as a member of the Idaho Conversation League and on the governing council of The Wilderness Society. Located in a 24-acre natural area, the 1.6-mile Bethine Church River Trail on the pathway of the Boise River includes wildlife nesting spots and valuable riparian vegetation.  Several small irrigation canals have been transformed into streams now inhabited by fish.

9. Marianne Williams has dedicated her time and energies to her family and various civic activities benefiting the Treasure Valley. Longtime supporters of Boise State University, she has played a vital role in the support of collegiate athletics,. She and her husband Larry actively support numerous Idaho civic organizations – usually anonymously. Larry Williams donated the 72-acre Marianne Williams Park in honor of Marianne. Amenities include two large ponds, paved walking paths, a gazebo, and picnic shelter.

10. Golda Harris traveled to Idaho in 1934 with family, where she and husband Ivan worked diligently building a thriving lumber company. She was a woman of many talents who made the space around her joyful for all.  Active in her church and community, she cared for and opened her home to many who were less fortunate.  The Golda Harris Nature Preserve is the newest addition to the ribbon, featuring pathways, seating, interpretive signage and wildlife viewing areas.