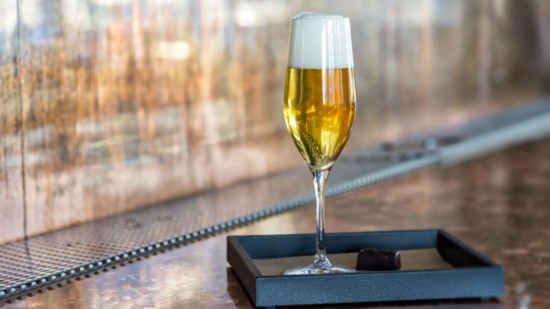 As summer heats up, a locally crafted beer is the perfect thing to cool you down.  Ryan Evans of Bruz Brewery in Denver breaks down what is takes to create the perfect Belgian brew.

As the sun comes up over the Colorado plains, Bruz Beers comes to life. The brewery brews a full range of Belgian-style beers for its two taprooms at 67th and Pecos in North Denver and at Colfax and York downtown. As Dave Olson, Bruz’s lead brewer, flips on the lights in the brewhouse, he checks and takes readings on all the beers currently fermenting in the brewery’s conical fermenters and conditioning tanks. Charlie Gottenkieny, brewmaster, and Ryan Evans, owner, arrive soon after. Ryan and Charlie co-founded Bruz in July of 2016 and have driven its growth since then.

The taprooms open at noon, so mornings are devoted to brewing, cellar work, packaging and system maintenance. Today is a brew day – a process that will last around nine hours from prep through cleanup. The brew team will be making a Belgian-style Witbier – which uses malted barley, unmalted wheat, hops and a spice mixture of coriander and bitter orange peel. While Charlie lines up ingredients, Dave is heating water and preparing the mash – the first step in the brew. That stage will be followed by the boil and the beer’s transfer to the fermenter. Fermentation and conditioning will take two to three weeks, after which the finished beer will be kegged or canned. Between helping out with the brew and hammering out paperwork, Ryan starts preparing the taproom for customers. He is joined by the opening taproom team at 11:00 a.m.

Getting ready to open is no small task. Even though the closing crew cleaned and mopped the night before, the taproom gets a deep cleaning in the morning. The bar and tables are polished and the stainless steel and copper in the bar area is thoroughly cleaned. Bruz is dog-friendly, so special care is taken to re-sweep and mop if necessary. Bruz has 18 beers on tap, and each tap is checked to ensure proper operation.

By the time the doors open up at noon, Dave is heading into the latter stages of the brew. The brewhouse smells wonderful as the new beer boils. As usual, it doesn’t take long for the first customers to arrive. Servers are glad to talk about the beers on tap and get people set up with stemmed glasses of Belgian-style beers. Charlie and Ryan like to chat with customers from behind the bar or at tables and introduce them to new products or special releases. People can order food from the bistro at the other end of the building or from the day’s food truck.

By late afternoon the brew crew has the new beer loaded into its fermentation tank and is finishing cleanup and the notes from the brew session. Happy hour is in full swing in the taproom and more people are filling the now-crowded room. By 9:00 p.m. most weekdays things are winding down and last call is at 10:00. The evening crew starts their cleanup routine and by 11:30 pm it’s lights out for the day. The next morning, things will start all over. Tomorrow will see kegging and bottling in the brewhouse and tomorrow night, live trivia in the taproom. Plus, a new monastery style dark ale will be released. No two days are alike and that’s what the people who work at Bruz like best about it.