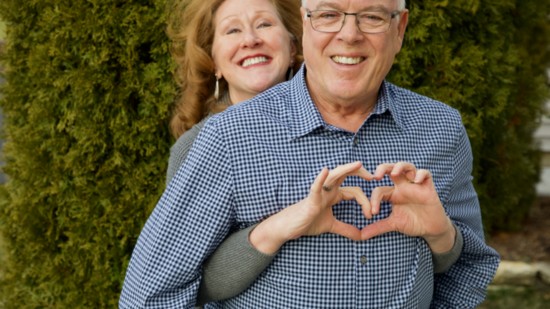 Listening to Signals and Signs: Don't Be "The Other Guy"

Before the surgery Tom Poynton says his health was generally good. “A year earlier we spent more than two weeks hiking and climbing national parks in Utah and southern Colorado, including the north rim of the Grand Canyon and even up to the top of Angel’s Landing at Zion National Park.” He always believed that a health crisis happens to other guys.

“Then on a New Year’s Eve I woke up in a hospital bed and realized I was the other guy now,” Poynton says.

SW Lake: Before surgery it sounds like you were leading a pretty active lifestyle.

Tom Poynton: Sure, but I had been ignoring some warning signs for several years. I felt chest pressure on exertion that radiated down my arms, plus shortness of breath, plus heartburn. All episodes went away quickly which provided a sense of false relief. The warning signs got stronger and more frequent in Spring 2018. I was still active, although I stopped biking because of the discomfort experienced.

SWL: What lead you to see your doctor finally?

TP: Late 2018 I was in Buffalo, NY, where I’m from, with my brother, Chas, my old next door neighbor, Scott Fanciullo, and his son, Dustin, who’s a vascular surgeon in Rochester. We had planned a big weekend with a Sabres hockey game one day and a Bills football game on another. I chatted a little about my symptoms with Dustin who told me not to screw around with it. He said go see a cardiologist.

SWL: But there was more, right?

TP:  Not even a month later I was going to a Bears Sunday night game at Soldier Field with my friend, Jim Iverhouse. Five minutes before leaving home I had the strongest warning yet and bailed out on the game at the very last minute.

SWL: What was happening?

TP: On December 26 I had an initial consultation with Dr. Stewart Segal in Lake Zurich. Doc did some tests, talked with me about family history and asked a few questions. He didn’t like my answers so he did an EKG. After that he tells me to call Jan, my wife, so that she can drive me to Good Shepherd to meet a cardiologist, Dr. Doug Tomasian, who admitted me for observation.

The next day I took a bunch of tests. Then more tests on Friday (Dec. 28) when they actually stopped me in the middle of a stress test. Dr. Tomasian did an angiogram which wasn’t good either. I had 90% blockage in three arteries and in the fourth the artery had actually diverted itself around 100% blockage. I was not a candidate for stents due to multiple blockages, but I never had a heart attack and the heart muscle itself was undamaged and strong.

SWL: So what about the surgery?

TP: We scheduled for 7:30 am on December 31. At that point I’m looking at two-and-half days just waiting at the hospital with nothing to do so I talked my way into a discharge. After the weekend I was back at Good Shepherd for quadruple bypass. Afterwards Dr. Votapka, called my open heart surgery “boring” which I learned is a very good thing.

SWL: Can you describe your immediate recovery?

TP: I was discharged on January 4 feeling good, mending quickly but easily tired. Every day got a little better. “Nurse Ratchet” (a/k/a Jan) kept a close eye on me. I was quickly off the pain meds, lost about 16 pounds but held steady. I got tired by mid-afternoon and took 90-minute naps, and kept getting better.

I didn’t drive for a month, stepped away from a significant number of my Village of Lake Zurich duties until March, couldn’t fly, travel or lift anything heavier than a jug of milk for three months and did 18 weeks of cardiac rehab at Good Shepherd.

SWL: When did everything start to feel normal?

TP: By about June everything was pretty much back to normal and I’m the proud owner of a 12-inch scar right down the middle of my chest which sure beats the alternative.

I can’t tell you how impressed I am with Good Shepherd. I had six doctors looking after me -- Drs. Segal, Tomasian, Votapka who I’ve already mentioned -- as well as Dr. Leon Eydelman, Dr. Saba Siddiqui and Dr. Brenda Snyder. There were numerous nurses, techs and aides and administrators. I received wonderful professional and personal help from every single person I came in contact with. I don’t know where else I could have gotten any better care. We are extremely fortunate to have such a top-notch facility servicing our area’s health needs.

Tom Poynton has lived in Lake Zurich since 1984. Elected to the Village Board in 2007, he has served two terms as Village President.