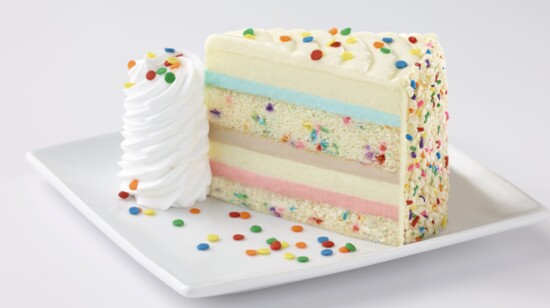 At West Chester + Liberty Lifestyle, we have the pleasure of showcasing the amazing happenings in and around our community. The residents, businesses, schools, township governments and services are the reason our community is such a great place to live, work, learn and worship. These last five years we have been inspired and motivated by your stories.

This month we’re taking a trek down memory lane and sharing a behind-the-scenes look at some of our most memorable stories from the past five years. We also share a timeline highlighting memorable moments in our community.

If this recap makes you want to read the full story, recent issues may be found on our website at CityLifestyle.com/westchesterandliberty. Every past issue can be found at Issuu.com.

Thank you for the memories, and cheers to many more!

For the first cover, we wanted a fall image with a family-friendly symbol of our community. It was mid-September and only one tree at Fort Liberty Playland had lost its leaves, so the Moody kids helped collect any leaf they could find to make the scene look as fall-like as possible.

Our premier issue featured Broken Bus Ministries, a Liberty Township-based charity that delivers food and clothing to the homeless. The day the first magazine arrived, a reader emailed asking how to donate. It was so fulfilling to see an immediate response!

Amazon had just released Echo, and we predicted it would be the hot gift for Christmas, 2015. Little did we know that five years later, over 100 million Echo devices would be sold and they’d be capable of full home automation.

We covered the debut season for FC Cincinnati. Just two years later, they were awarded an MLS expansion bid beginning with the 2019 season. 2021 will bring the completion of a new stadium, a sign of the team’s growing popularity.

After serving students for nearly 100 years, we bid farewell to the old Union Elementary School building. Saying goodbye to those hallowed halls enabled the community to welcome something new in its place, the Boys & Girls Club of West Chester/Liberty.

More than 60 readers responded to our open casting call for a dog photo shoot. The end result was our most adorable story yet, with five pages of professional pet pics, beautifully photographed by PhoDOGrapher Pet Photography.

Our first fashion issue featured three readers as our models, eight outfits, six winter coats, four stores for clothing and accessories and three days of shooting in 90 degree heat. This remains the most complex photo shoot we’ve ever conducted.

We launched the Readers’ Choice Awards to create an opportunity for our readers to honor their favorite area businesses. Almost 4,000 votes were cast across the 40 categories that first year. Vote for 2020 winners throughout November at SurveyMonkey.com/r/WCLVOTE2020.

When a reader told us about her painting dog, Chloe, we knew this was something we had to see for ourselves. In between paintings, the multi-talented Chloe climbed on the playground equipment and played ball with owner Ashley Kallay.

Who could we convince to help when the Hueston Woods story needed to be photographed on a freezing 20-degree February morning? My family! My son and husband filled in as models, and their “payment” was a trip to Bagel & Deli afterwards.

Close Encounters of the Zoo Kind

Our favorite photo shoot was the day spent at the Cincinnati Zoo, including behind-the-scenes access to Fiona and her mom. Bibi thought we were going to feed her, so she opened wide in a slightly scary moment for photographer Len Kaltman.

We’re often asked how we find such interesting locals to spotlight. We’re fortunate to meet many exceptional people through our community involvement. But some of our best tips come from readers. That’s how we found Taylor Small, a remarkable, young trailblazer.

Who Was the Cover Man?

We were honored to interview John Boehner, but scheduling conflicts made a cover photo shoot impossible. Instead we cropped another man’s photo to create a powerful but anonymous cover image. Who was that headless man? Lakota Superintendent Matt Miller.

Ninjas in the Nati

I brought my superfan son to help identify and interview the competitors at the Cincinnati taping of American Ninja Warrior. They even let him try the warped wall! Hearing the athletes talk about working hard for their dreams was truly inspiring.

The annual “Arts” issue typically boasts our most stunning cover photograph of the year. We were incredibly impressed by the beautiful image captured by Lakota East student Tanner Gagliardo, of classmate Anna French, marking our first student cover photographer.

Females on the Frontline

We wrapped up our annual women’s issue in late March, right as the pandemic was shutting everything down. Never have we been more proud of the featured women, who were chosen months before the pandemic. Thank you to all the frontline heroes!

In April, we scrapped all our plans for the June Men’s issue and changed to a theme focused on rebuilding. We’re so proud of how our community rallied together to support each other in their greatest time of need.