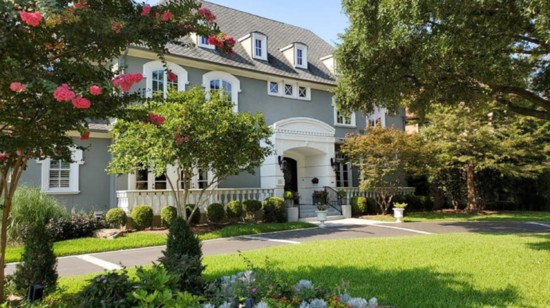 Olympic Exteriors Supports Community From Inside Out

Since Anthony Potocki was 13 years old, he's been roofing--not at first dwelling on all the valuable life lessons he was learning at such an early age. But that foundation of craftmanship and quality work served him well in the years that followed. Now he owns and operates roofing expert company Olympic Exteriors, LLC, and is applying his expertise to help others in the Frisco/DFW region.

"I started roofing and never looked back," recalls Anthony, who then became familiar with every type of roofing, including solar, asphalt, tile, slate, clay and flat roofs.

He shares a humorous story with the father of a friend, a man who hired him for his first roofing jobs, who used to pay him in coin change. He eventually had the opportunity to ask that same man to inspect a roof for one of his projects, and "paid him back" by compensating him with a box full of quarters for his $500 fee! They both had a good laugh, but also agreed once more about how roofing had influenced their lives in many positive ways.

Anthony, who's now been in the roofing and construction business for 38 years, says his foundation of hard work and quality cemented his philosophy that customers deserve the best available products and workmanship for their money. He understands the importance of dependable roofing from a variety of perspectives. He moved to the DFW area in 1995, and worked with several local roofing companies as a salesman, production manager, quality control and problem repairman.

"I know more about roofing than anybody on the planet," he proclaims. "And I was taught how to do it all properly."

Anthony says insurance fraud is prevalent in the industry, especially after hail damage episodes, with many sales representatives knowing little more about roofs than homeowners. He maintains his thorough knowledge, experience and confidence reassures and benefits homeowners in many ways. In fact, he says there are three types of roofers:  "the salesman, whose goal is to turn financial profits; the roofing guy, who typically doesn't handle the full spectrum of services, registrations or licenses; and the roofing company, which has a facility at which to meet clients, does measure roofs for accuracy, does follow proper paperwork procedures, has a trustworthy crew, and focuses on client satisfaction."

Working with the same crew for more than a decade has enabled Olympic Exteriors to hone their results, Anthony says. "I'm proud to have a Dallas police officer, an insurance agent, and an ex-Marine among our crew. After working in the Frisco area for the past 25 years, I've met so many great people and we enjoy looking out for each other. In fact, 19 years ago, I re-roofed the home the police officer that works with me now."

This roofer is just as passionate about community support and kids sports. Anthony contributes to the annual food drive to benefit Frisco Family Services, and he routinely sponsors children events at Pink Elementary.

Stemming from his days of starting the Dallas Jaguars adult regional football league and playing as a linebacker, he now lends his expertise to coaching his son's football youth teams.

Anthony and his team also jumped into action during the aftermath of last fall's tornadic storms to provide immediate, temporary repairs for homes.