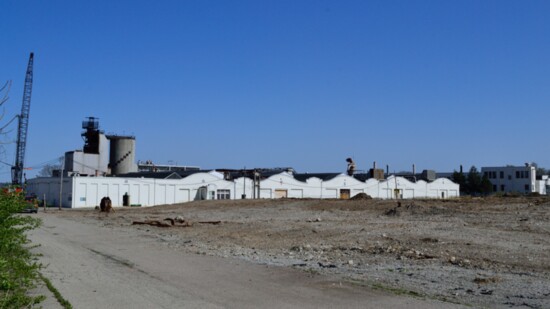 The site of the former GM Inland Manufacturing Plant has been hiding a piece of aviation history for many years. Right there, in the middle of 54 acres of abandoned industrial ruins, are the two original factory buildings of the Wright Company.

The factory boasted a row of white brick buildings with curved parapets, with six buildings all in a row. They are numbered 17, 1, 2, 3, 4, and 5, from north to south. Building 17 does not have the curved parapet. Buildings 1 and 2 were built in 1910 and 1911, by Orville and Wilbur Wright, as they geared up to manufacture airplanes. The other buildings were added later.

The Dayton-Wright Airplane Company was founded in 1917, to make airplanes for World War I. Bringing together the aviation heritage of the Wright brothers with the investments of Charles Kettering and Edward Deeds of DELCO, this factory included the former Wright Company buildings as Plant 3 of the operation.

When the Inland Manufacturing Plant was demolished in 2014, it allowed for a more unobstructed view of these historic buildings.