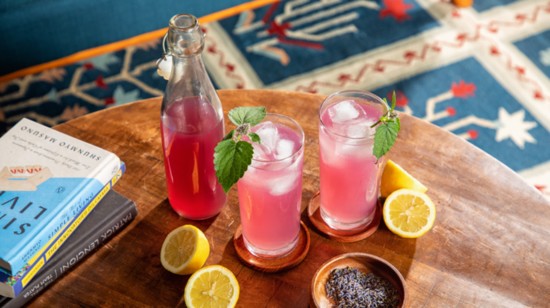 The first time Kasim Hardaway considered opening a restaurant was about a year and a half ago, named Food for Joyce in honor of his grandmother.

Then, earlier this year, he was approached by the Goebel family (who also own and operate Kansas City’s Pie Fives) to collaborate on an idea for a new restaurant—now known as Cultivare.

“I was approached with a unique opportunity to join this concept at its first step,” Hardaway says. “There wasn’t a name, there wasn’t anything to it. They just had this vision for a fast, casual grain bowls and salad concept.”

His love of food can be traced to some of his earliest memories in the kitchen, making pies and different dishes with his grandmother for Thanksgiving or Christmas, but it didn’t become part of his career until about four years ago when he started a recipe-based food blog.

“I like to label myself ‘food-preneur,’” Hardaway says. “This person that’s involved with all these food things, whether it be recipe development or marketing. But it definitely wasn’t my intention to become this. I think it was just something where I was really passionate about food, and I was able to find a way to build that into my professional career.”

He describes Cultivare’s menu as health forward, but not health focused.

“Whenever I was creating the menu, I didn’t want to be restrictive and say, ‘No, we’re not doing that because it’s not healthy or that’s too fattening,’” he says. “I really wanted to create menu items that were really well-balanced but also really flavorful and use fresh, locally grown produce where we can.”

He acknowledges that while a salad and grain bowl concept is certainly not new to Kansas City, Cultivare’s food offerings are adventurous.

“I think that it’ll be a very cool spot to go to for a really different salad, that’s not different to the point that it’s like, ‘Oh my god, this is so exotic, I don’t know what it is,’” he says, “but reimagining flavors that already exist and putting those into salad form or putting those into grain bowl form.”

One of his favorite menu items is the everything bagel salad, which was inspired by a recipe from food blogger Molly Yeh. He wanted to create a lighter version to fit Cultivare’s aesthetic which includes house-made everything bagel seasoning, cream cheese and dill dressing topped with Meshuggah bagels transformed into croutons. In addition to the set menu items, they plan to work with local chefs to create limited-time offerings, like a dressing or salad.

When asked what he loves about food, Hardaway says it’s something that surpasses language, culture and connects people where other things can’t. “I just love the idea of curating a menu, curating a theme, curating a space and then inviting people into that environment—having them see the space, eat the food, get all the vibes and creating an experience.”

(If you don’t have a food processor or blender, finely chop the shallot and whisk all other ingredients, excluding olive oil, by hand. Slowly add the olive oil and whisk vigorously.)

If you don’t have access to microgreens, fresh parsley or basil is a great substitution. Slice selected herb into ribbons then sprinkle over salad.