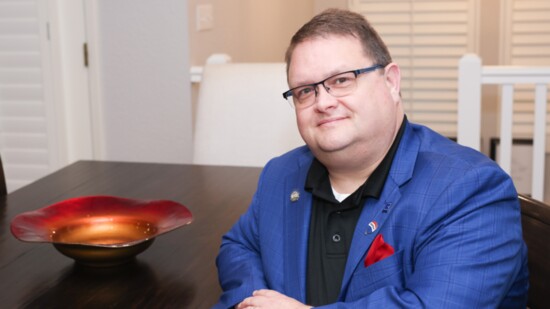 Tom Shaw is not merely a real estate agent. He is a man with a mission for you to live and see all that this life can be no matter the adversity you have walked through. He speaks from a place of hope and healing, even though he has had his fair share of trauma and adversity.

In 1985, when Tom was 16 years old, a known sleepwalker, he slept walked out of his girlfriend's house, got into his car, and drove two miles before crashing the car into a ditch where he awoke upon impact. With his legs stuck under the breaks, he was in for a life change. When he was at the hospital he realized that he had become paralyzed from the waist down in his lower back (L2 and L3) with the L2 completely exploding. Two major surgeries later where they put rods in his back and then had to readjust after they came out of place, he was paralyzed but healing. A year after the accident, he got connected with KU Med doctor, Dr. Marc Asher. In November of 1986, after many surgeries at KU med, he was done with back surgeries. However, one of the lasting effects of the accident is spinal stenosis (arthritis in the back). To this day he is paralyzed from the knee down on his right leg but has full movement in his left even though he has minimal feeling in the left leg.

A part of his journey includes being put on opioids for pain management. From 1986 - to 2018 he was on opioids, so this length of time created in his body a medical and chemical addiction to those opioids. One evening in 2018, as he was talking with his wife, he said he wasn’t able to relieve himself and felt extremely uncomfortable in a host of other ways. His wife, who is a nurse, looked at him and said it was because of the opioids he had been on for so long. This led them both to seek a team of doctors and medical professionals to create a plan for him to wean off of them, and through the long process he became free of his addiction in 2018.

This story of incredible strength and determination to overcome his situation would have felt impossible without a support system. “Four things made up my recovery: Faith, Family, Friend, but the most important was my mindset.” He would not have been able to make it through without his faith. “I prayed every second I could.” His family was incredibly supportive alongside his friends, but he credits his mindset for how he came through it  with a positive attitude and outlook on life.

From an early age, his parents introduced him to the idea of positive thinking. His friends knew Zig Ziglar, so he was aware early on what having the right mindset could do for his life.  He is now a certified trainer, speaker, and coach for the Zig Ziglar family, which is a great honor and privilege that he does not take for granted. Alongside this, he started a real estate brokerage which he later closed, and joined Remax Infinity with no client list, but with determination and a posture of teachability both in mind and heart. Between his real estate career and Zig Ziglar affiliation, he has also found purpose in supporting the “Steps of Faith foundation” that helps those who need prosthetic limbs pay for them.

This is a man who has every “logical reason” to be bitter and mad at life, but the tone in which he shares his story is one of humbleness and pure gratitude for the life he leads. He was a single parent raising his three kids whom he is extremely proud of, and even gets to be “married to his best friend” now who had

once cared for him when he arrived at KU med. When  he looks back on his accident he says, “I wouldn’t change a thing. I like who I am, and I am who I am because of what I have walked through. Attitude trumps everything.”

Get in touch with Tom: tomshaw.realtor/