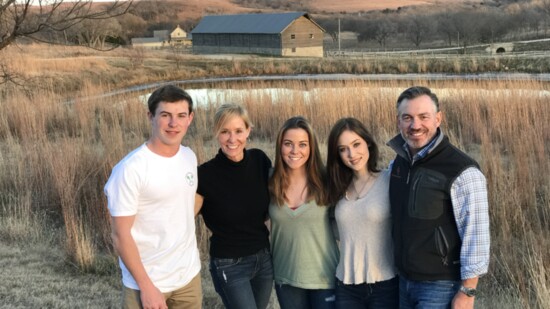 CASA is a Light of Hope to Abused and Neglected Children

April is National Child Abuse Prevention Month, and you can do your compassionate part.

Johnson County residents Kelly and husband, Ron Lockton, are the Honorary Co-chairs of the Light of Hope benefit for Jackson County CASA whose goal is to raise funds to help recruit, train and support desperately needed volunteers to be a voice for 1,250 abused and neglected children this year. Sadly, that’s less than half the children under court protection in Jackson County.

“This is a special time,” says Ron about their decision to serve as Honorary Co-chairs. “We’re dealing with COVID. There are so many people in need. It’s great to see others in our community digging a little deeper to support those in need, and hopefully we can have that kind of an impact on this event.”

Light of Hope has been the city’s largest fundraising breakfast for several years, attracting nearly 1,200 people annually. There is no cost to attend the live virtual event at 7:30 a.m. Wednesday, April 14, 2021.

Kelly became a Jackson County CASA (Court Appointed Special Advocates) volunteer in 2019 to give a powerful voice to the powerless by advocating for the best interests of children removed from their homes for their safety due to abuse and neglect. She is serving on her second case as a CASA volunteer and believes that connecting with the kids is the greatest reward.

“They've had a lot of adults in their life let them down,” Kelly says. “I love being a constant in their life during the difficult times that they can talk to and count on.”

Ron says that as he observed his wife’s involvement with CASA, he saw its benefits firsthand.

CASA volunteers are appointed by judges to cases where children most need an advocate as they navigate child welfare and court systems. CASA volunteers help provide critical information to judges so they can make the best decisions regarding the children’s welfare. A CASA volunteer is often the one consistent person in these children’s lives from the time they enter the system until their cases are resolved.

Children with a CASA volunteer are far less likely to be re-abused and far more likely to find a safe permanent home, do better in school, receive timely and appropriate health and behavioral services and spend less time in foster care.

“When I really understood what impact a CASA volunteer could make on a child, I knew I wanted to get involved,” Kelly says. “The system is overworked and to have someone there advocating for the child is so important.”

Kelly, who prefers working with teens, says the teenager she currently is advocating for was hesitant to let her into her life.

“She was overwhelmed with the number of people she had to talk to, from investigators to social workers to parent aids, but once she understood my only objective was to advocate for her she was immediately grateful,” Kelly says, adding that because teens only have a few years before they age out of the system, every encounter becomes more important to help them gain confidence to be successful in the adult world without their past defining them.

“I would encourage anybody who thinks about being a CASA volunteer to look into it,” Kelly says. “Once they do, they’re going to jump into it with both feet. It’s such an amazing organization. While the need is so great for volunteers, it also brings so much to the volunteer’s life knowing they can make a difference.”

[CASA began in 1977 and has helped more than 2 million abused children nationwide. Casa desperately needs volunteers. No special skills or education are required—just a heart for helping children, a background check, and training (currently virtual). Volunteers spend about 10 flexible hours a month and have the option whether to work on a case, can choose an age group, and always have support of a case supervisor.]

To register for the April 14 benefit, email: LKlover@jacksoncountycasa-mo.org.