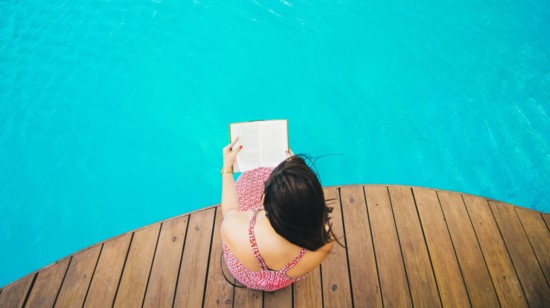 The kids are out of school, and your summer schedule is likely filled with travel plans, pool parties, and fun summer activities. If you are looking for the perfect books to add to your suitcase or beach bag, we have some suggestions for everyone in your family.

All the Greys on Greene Street by Laura Tucker, illus. by Kelly Murphy. Twelve-year-old Olympia is from a family of creative New York City artists: her father restores paintings, her mother sculpts, and she loves to draw. After her father leaves a cryptic note and disappears in the middle of the night, her mother won’t get out of bed, and someone keeps calling about a missing piece of art. Olympia knows she has to do something and courageously sets off to find her father.

Aurora Rising by Amie Kaufman and Jay Kristoff. The graduating cadets of Aurora Academy’s Class of 2380 are being assigned their first missions, and while star pupil Tyler Jones had visions of recruiting his own dream squad, his fall from favor leaves him in charge of a leftover group of misfits. Just when he thinks things can’t get worse, he rescues Aurora Jie-Lin O’Malley (who’s been trapped in cryo-sleep for two centuries), starting a war millions of years in the making—leaving Tyler’s squad as the last hope for the entire galaxy!

The Red Scrolls of Magic by Cassandra Clare and Wesley Chu. High Warlock Magnus Bane and Alec Lightwood are finally enjoying a much-needed vacation after the Mortal War when an old friend delivers news about a cult called the Crimson Hand, which has strange, close ties to Magnus. The pair set off on another adventure, this time across Europe to track down the demon-worshipping cult and its leader before chaos erupts worldwide.

Lock Every Door by Riley Sager. Jules Larsen happily accepts her new job as an apartment sitter at Manhattan’s glamorous Bartholomew Hotel despite the strange rules of no visitors, no nights spent away from the apartment, and no disturbing the other residents. After a fellow apartment sitter goes missing, Jules begins digging deeper into the hotel’s dark past and discovers this is not the first occurrence of an apartment sitter going missing at the Bartholomew.