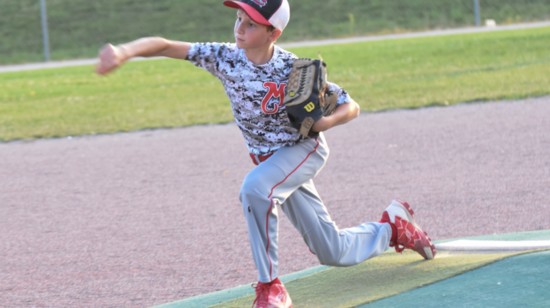 As you drive through the suburbs these days you don’t have to look very hard to notice the culture shift between today’s generation and those of the past. There simply aren’t as many kids out and about in the local parks and playgrounds.

As a kid, most of my summer was spent playing sports. Some games were organized, and others were just a bunch of us kids from the neighborhood gathered in the backyard. No matter the setting, those games were always accompanied by dreams of one day playing in the World Series, game seven, or the Super Bowl, with just under two minutes remaining and down by four points. Those dreams were verbalized, too. Every kid who has ever played in the backyard with his friends can recall vocalizing the greatest play-by-play ever narrated. “Hall steps into the box. He has two on, with two outs in the bottom of the ninth, down by two runs. He’s looking for a fastball, he gets it, and with one swing of the bat, the ball goes high and deep, Jones is at the warning track and...gone! And the crowd goes wild!"

One family here in the local area wants to see more kids out and about, dreaming and playing games. They especially want to help kids, whose parents can’t afford the rising costs of youth sports, be able to play the games they love. The Can I Go Play foundation aims to help kids who are willing to work hard and dedicate themselves to the discipline of getting better at whatever sport they love, be able to pursue that passion without being held back by money.

The foundation was started in memory of Caleb Schwab, a local boy who was tragically killed at a nearby water park three years ago. Caleb’s parents started the foundation because they wanted to honor their son’s memory by helping kids participate in the things Caleb loved. “Can I go play?” were words that regularly came out of Caleb’s mouth, his dad, Scott Schwab, says.

“He was always outside playing,” Schwab says, “and though he played organized sports, we as a family have felt the burden of the cost particularly of tournament sports or club teams. Caleb was good enough to play club sports or on traveling teams, but there were times that as a family we simply couldn’t afford it. We hope that through the foundation we can help kids chase their dreams, and we never want money to be the reason they can’t go play.”

The foundation provides a unique way for kids to receive financial help to play the game they love. Instead of the youth or family members applying for funds, the coach must fill out and submit the application on the player’s behalf. When a coach sees a player with potential but understands the family situation well enough to know they can’t afford to help their son or daughter take things to the next level, the Can I Go Play foundation can come alongside and provide a way. In fact, the first recipient of a scholarship is playing soccer on a club team in Europe this summer.

One of the primary contributors to the foundation has been the Caleb Schwab Memorial Wooden Bat Baseball Tournament. In its third year, the tournament has already raised thousands of dollars, all donated to Can I Go Play.

Bob Zimmerman, owner of Premiere Baseball in Lenexa, has been a part of the memorial baseball tournament since its inception. Zimmerman helps to organize the tournament in conjunction with what will soon be called Premiere Pipeline Tournaments. Zimmerman knows the Schwab family through Caleb’s days of playing with his local team, the MudCats. Caleb dreamed of one day playing in the big leagues, and he had plans of training at Premier Baseball's facility. In fact, the reason behind the “wooden bat” part of the tournament is to inspire more kids to dream big and to one day play major league baseball where they only use wooden bats.

“There is a big difference between the clank of an aluminum bat and the crack of a wooden bat,” Schwab adds. "There’s nothing like that experience for kids.”

Zimmerman hopes to have as many as 70 teams registered for the tournament. He loves that the proceeds will help kids reach their dreams not only in baseball, but any sport. “By far, my favorite part of the weekend is the opening ceremony where every team is lined up to honor Caleb’s memory,” Zimmerman says. “That part is so much more meaningful than the games themselves.”

If you are a parent or a coach of a local kid who works hard and dreams of taking his or her game to the next level, but the cost is prohibitive, the Can I Go Play foundation wants to help.

“These grants are not just for baseball—they are for all sports,” Schwab says. “They aren’t just for league or tournament fees either. We can award grants even for specialized training for a kid who is ready and willing to put in the extra work to get better.”

For more information on the Can I Go Play foundation, visit canIgoplay.com. To register for the Wooden Bat Tournament visit  pipelinetournaments.com.