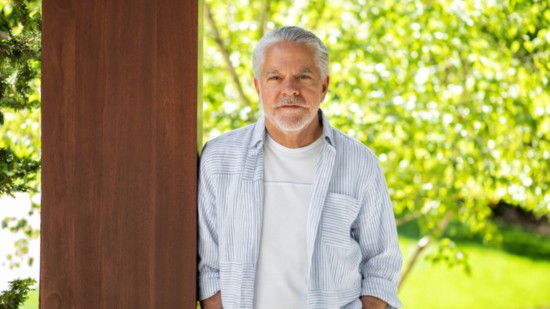 Pasquale Trozzolo Embraces His Next Stanza

Taking that risk started a pattern in Trozzolo’s life. Today, at age 68, this successful local icon enjoys the pleasure of having few regrets in life. He quit a great job to start his own company. He became a race car driver. A college professor. A baker. And two years ago, a published poet.

“I like risk. It’s the risks we don’t take that tend to haunt,” Trozzolo says. “My poem, ‘Contender,’ deals with that. I feel fortunate that my list of what’s done is much longer than what’s undone.”

Though he jokes that he’s now living out every retirement cliché, Trozzolo is serious about writing poetry. And people who know him know to take him seriously. Just this year, he started submitting his poems, and he’s already seen seven published and is working on his book, Should I?, a collection of 40 poems.

“It’s almost done, depending on the day,” he says and laughs. “I do hope to publish it though. I know it’s a long shot—my favorite kind.”

As founder and executive chairman of Trozzolo Communications Group in Kansas City since 1989, Trozzolo has been recognized with numerous industry awards, including the 2017 American Advertising Federation’s Silver Medal Award for lifetime achievement as a “highly respected, tenured advertising leader and visionary.”

Today, Trozzolo Communications (which represents Boulevard Brewing Co., Children’s Mercy, Halls, and others) has 65 employees, including Trozzolo’s son, Angelo, who became CEO in 2014. Pasquale is proud that seven family members work in the business and all get along, with its robust family-style, no-bull communication, baked-in unconditional love, and professional expectations.

A son of first-generation Italian immigrants, Trozzolo’s parents were self-reliant owners of a grocery store, candy store and variety store in Chicago. After graduating high school, Trozzolo came to KC (where his uncle lived) to attend Rockhurst College, majoring in political science.

“My uncle Marion left Chicago for KC after WWII and grad school. His first job was teaching economics at Rockhurst. Following that, he started a plastics business where I worked in the factory while attending college. Marion was a great influence on me and a world-class entrepreneur. His accomplishments are memorialized in the Smithsonian and the Kansas City Museum.”

With such family examples, Pasquale went on to start his own businesses, even becoming a professor himself (teaching branding at KU) as well as a national race car driver with the Sports Car Club of America where he was rookie of the year at age 43 and won two Mid-America Championship titles.

“My only regret in life is not becoming a race car driver earlier because it’s an analogy for life,” he says, “it’s individual performance supported by a team, and most importantly, surrounded by competition. Nothing makes you go faster than great competition.”

Skills matter, he often says. Whether on the racetrack, in the classroom, or the boardroom. It’s why he didn’t just assume he was a poet. He acquired the skills to become one. He enrolled in online classes from Oxford University, sought out tutors, and studied the masters, especially Emily Dickinson, his favorite classic poet and a fellow risktaker. He disciplines himself to write daily, setting goals to ply his craft.

“Killing poems is harder than writing them, but I find it must be done,” he says. “I’ve written about 150 and kept about 60. My last written is usually my favorite.”

When Trozzolo semi-retired in 2017, his reduced work schedule afforded him more time to write. Then with the pandemic lockdown and its contemplative mood and social void, he felt even more incentive to take another risk—to share his poems with the world.

“Before the pandemic I only shared my poems with a handful of close friends,” he says. “It’s challenging to let someone—anyone—read your poem. But when you see an emotional reaction by a reader, that’s the greatest reward.”

These days, Trozzolo acknowledges that his perspective has changed with age and experience, but some things never do. “There’s an old Italian proverb that says, ‘Tell me who you go with, and I’ll tell you who you are,’” he says. “I believe that. I’ve been going steady with my wife for 53 years. Our children are really nice people with really nice spouses, and all seem well adjusted and really happy. Happy kids! Oh, and nine healthy grandkids all living in town. That’s what makes me most proud. That’s who I go with, and that’s who I am.”

Visit Trozzolo.com for more information and to check out Trozzolo’s PSA campaign to call on KC to do its part.

Already it’s been a day.

Murder a gin and tonic.

She started on me real early.

Practically pouring it over me.

Then scarcely without pause

She started on the green.

And the bottle and a lime — that’s what the green must be for.

Look at those strokes of hers.

She is on fire this morning.

Wait, why am I naked?

I thought she LOVED me but now I see

How much paint will it take before she

It was just that one time and it was

It didn’t mean anything

Whose smile did I ignore?

What cry did I not hear?

Whose hand did I not take?

What kiss did never tell?

What love did we not make?

How much is never known?

What love we let escape?

What new could have been?

What wonder could have flowed?

Why should why matter so much

When is so much better.

Why is the question

When is the answer.

Not why we die

Not why we try.

Where did you go?

Why is a lonely spring already here?

Some may not miss you

All knuckle balls and chances.

With a true winter’s end

Just the wonder and glory of a

Where did you go winter?