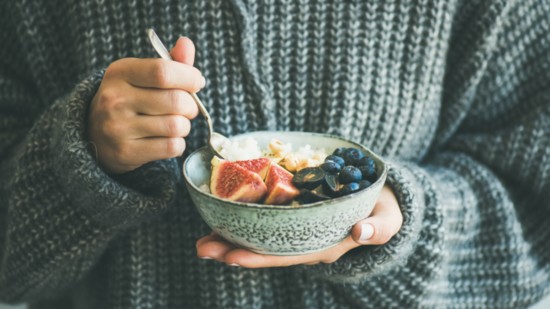 A Whole-Body Approach to Food

As an undergrad, Dr. Peggy Pratt took a basic nutrition class as an elective, but she fell in love with the course and immediately decided to major in dietetics. She interned in food management, graduated and bounced around in management roles, honing her skills as a dietician. She worked in hospitals and in outpatient settings, teaching and going back to school herself. Peggy had a keen interest in eating disorders, which is where most of her continuing education courses were focused. Eventually, after settling in Knoxville and working part-time for an intensive program, Peggy decided private practice was her true calling.

“I really felt like this was my sweet spot - therapy and nutrition. The whole-body approach,” she says. “It’s not about the food. It’s about the other things.”

If there’s one thing Peggy wants people to know it’s that food isn’t good or bad. Food is just food. It exists to nourish and energize. It’s what people do with the food that leads to disordered eating and unhealthy relationships with food.

“I was doing intuitive eating a long time ago. The mind needs to be connected to the body. That’s the beginning,” she says. “Diet culture is making people exhausted, frustrated, angry, and sad. They say, ‘What’s wrong with me? Clearly, I don’t have the willpower.’ It becomes shameful in a way. We need to unravel all those early messages from family, coaches, friends… What made them start manipulating food and not trusting their bodies?”

A person’s relationship with food can look a dozen different ways, and Peggy’s role is to help peel back the layers to determine why a client is struggling with late-night binges, avoiding whole food groups or meals, or jumping from one fad diet to the next.

“They come to me because they want to make peace with food and have a good relationship with food. They don’t know how to eat or what to eat, and they feel out of control,” she says. “They sense something is off and they spend 90 percent of their thought-life on food. It can also be a clinical thing, that maybe their doctor is concerned about their weight or lab work.”

Peggy begins with a nutritional assessment which includes a history of the person’s beliefs about food - diets they’ve tried, what they consider a typical day, what’s “healthy” to them and what’s not. She asks them questions about their childhood and what their parents’ views were about food, which Peggy says is a huge indicator of why they may be struggling. They also identify motivations for over- or under-eating. Is it boredom or loneliness? Procrastination or transition?

Then, once all the myths have been identified, Peggy endeavors to debunk them. She explains how the body really works, that everyone needs a combination of fuel groups - glucose for the brain, protein for muscles, and so on.

“Intuitive eating is really mindful eating. It’s listening to your body’s cues instead of mindlessly eating throughout the day,” says Peggy. “What does hunger feel like? What’s ravenous versus a subtle hollow feeling? What does satisfied look like versus discomfort? This means checking in before a meal, during a meal, and after a meal. Some people have never done that work, honoring hunger and fullness. I build relationships with people and help them do the work they need to do.”

Nutrition therapy isn’t only for people who’ve struggled to have a healthy relationship with food. Throughout her 25 years of professional experience, Peggy kept meeting women who’d gone undiagnosed with Polycystic Ovarian Syndrome (PCOS) and struggling with infertility. Diet intervention is often overlooked as a way to treat PCOS. Similarly, alleviating gastro-intestinal distress isn’t always about limiting entire food groups. Sometimes there’s an immune issue at work in the background.

“I was seeing people who were struggling with joint pain and stomach issues, anxiety and other things, just feeling awful,” she says. “I started doing more research and reaching out to other dieticians who were doing food sensitivity training. We test 30 chemicals and 140 foods to see what histamines are being released. We take out the foods that they’re highly and moderately reactive to in order to let their bodies heal. We decrease inflammation to let the body repair. This creates a baseline, so when you reintroduce a food, you know what it’s doing.”

This process is the core of her practice, Radiant Nutrition. Strip back the layers. Dig deep. Discover what’s at the core of the problem. The solution isn’t another diet or exercise plan. It’s something better, more meaningful, and long-lasting.

“I’ve had people ask, ‘Can you just give me a pill?’ That would be nice. I’m sure someone will come up with that one day,” she says. “Until then, we need to stop seeing food as an enemy with an agenda. It’s not.”