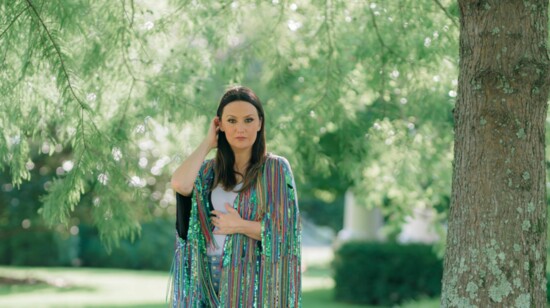 Award-Winning Songwriter And Member Of The Highwomen Quartet

Natalie Hemby ascends from what some in the music industry describe as “Nashville royalty.” No, she isn’t the daughter of a business tycoon or country megastar. Her dad, Tom Hemby, is a renowned musician who has recorded and toured alongside Amy Grant, Vince Gill, Michael McDonald, Kenny Loggins, Wynonna Judd and other musical heavyweights.

Born in Illinois, Natalie and her parents relocated to Nashville in the late 1970s when he joined the Imperials Christian group.

Two of her most impressionable childhood memories include hanging out in the tour bus with her dad and his fellow band members and pecking away for hours on Amy Grant’s white baby grand piano as her dad rehearsed and wrote songs.

“I remember the first time I got on a tour bus and thinking how cool it was,” recalls Natalie. “My dad was probably one of the first people in Nashville to build a home studio. The music would resonate through the air vents of our house, and I would have to go downstairs and ask him to turn the volume down like he was a teenager and I was an adult.”

Natalie’s own musical quest began with the piano and saxophone. “I wanted to play the flute, but my dad suggested the saxophone was much cooler.”

The future hitmaker didn’t realize it at the time, but she truly was surrounded by Nashville royalty and its historical palaces. Natalie walked across the stage of the Ryman Auditorium — considered the “mother church” of country music — during her high school graduation ceremony without appreciating its history.

“I never cared about the Grand Ole Opry, the Ryman, or its stage growing up because Nashville was my hometown,” she says in a reflective tone. “But today, I’m in awe every time I enter the building. There’s so much history there and I felt much different the first time I stood in that magical circle. Sometimes we never understand where we come from until we get older.”

Soon afterward, Natalie began writing songs, but not with the intent of making a living penning blockbuster hits. “I wasn’t trying to be a great songwriter, but like most 18-year-olds, I had so much emotional crap to get off my chest.”

Next came a short tenure at Belmont University. “When I did realize what I wanted, I dropped out,”  she says.

Her first industry break came when Barbara Orbison offered her a publishing deal at Still Working Music. She got to work closely with mentor and master songwriter Tommy Lee James.

Natalie then set her sights on snagging her own record deal. After a decade of struggling in the trenches, she put her star aspirations aside to focus on writing songs for others.

“It’s hard watching your friends succeed when you feel like you’re not,” Natalie confides.

Undeterred, the brown-haired beauty kept writing, eventually scoring a hit in 2006 with Lee Ann Womack, “Call Me Crazy.” Even brighter days lay ahead. Three years later, she co-wrote her first No. 1 song, “White Liar,” with Miranda Lambert. “I was driving down Elliston Pike the first time I heard ‘White Liar’ on the radio. What a thrill,” she remembers.

A string of hits followed, including “Pontoon” by Little Big Town and “Crowded Table,” which received a 2021 Grammy for Best Country Song. Not only did Natalie co-write The Highwomen hit, but she was also asked to sing on the track and later invited to join Brand Carlile, Amanda Shires, and Maren Morris as the fourth leg of the highly-touted quartet.

“The invitation to join the group was so intimidating,” Natalie admits. “I’m a songwriter and can sing fine, but there’s a star quality about those ladies, and I’m honored to be included.”

Today, Natalie and her producer husband, Mike Wrucke, and family are enjoying the fruits of their labor, including a pontoon boat of their own.

Her latest 11-song Fantasy Records project, inspired in part by Natalie’s fondness for 1990s hitmakers, is titled, “Pins and Needles.” It's scheduled to be released in early October.

Natalie realizes she doesn’t fit into any specific box. So, what’s her advice to aspiring song crafters and singers? “Age and experience are everything so never set your dreams aside. Just find a way to make them happen,” she suggests. Music lovers worldwide are lucky that Natalie followed her own advice. 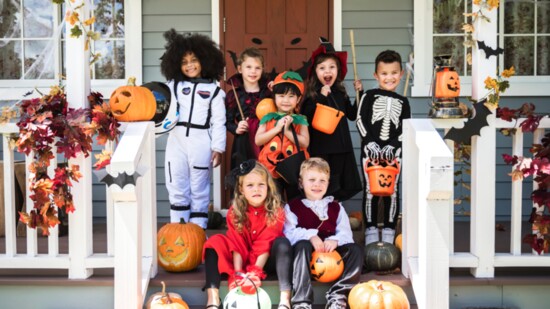